The future of monetary policy – speech by Charlie Bean

Charlie Bean, Deputy Governor of the Bank of England, and member of both the Monetary Policy Committee and Financial Policy Committee, retires from the Bank after almost fourteen years on 30 June. Today, at the London School of Economics, he gives his final speech as a policy maker.

His first seven years were “years of plenty”, a “period of unusual macroeconomic tranquillity”. But they have been followed by “seven years …. of famine” caused by “the worst financial crisis for a century” – “The Great Moderation turned into a Great Tribulation”. Charlie describes the various measures that have been employed by the Bank of England to moderate the impact of the crisis on the economy. These include offering longer term financing to the banking system, slashing interest rates, large scale asset purchases – so called ‘quantitative easing’ – and, most recently, forward guidance. He notes that despite the dosage of policy stimulus “output is only now approaching its previous peak”.

On Guidance, Charlie argues that “there is persuasive survey evidence that businesses have both understood the message and that it has made them more prepared to hire and invest”. On asset purchases, Charlie notes that the Bank’s central estimate is that “the programme had a peak impact on GDP of around 21⁄2% and raised inflation by a little more than 1 percentage point.” Nonetheless, he argues that the impact of the second phase of asset purchases “was smaller” than the first phase because financial markets “were less dysfunctional”. And he suggests that asset purchases “should be seen as just an emergency weapon for use when policy rates reach the effective lower bound”.

Looking forward, Charlie does not expect that “central banks’ collective management of the exit from the present exceptionally stimulatory monetary stance will be easy”. He observes that “we have already seen the sensitivity of markets to changes in the expected path of US monetary policy during the ‘taper tantrum’ last spring”. He also notes that “implied volatilities in many financial markets have been at historically low levels for some time now….that has underpinned a renewed search for yield….this is eerily reminiscent of what happened in the run-up to the crisis”. He warns that “it is inevitable that at some stage market perceptions of uncertainty will revert to more normal levels…. that is likely to be associated with falls in risky asset prices”. But because “banks are better capitalised…leverage is lower… and we are better placed to deal with financial institutions that get into trouble…the risk of major financial problems crystallising in the advanced countries should be much lower”. 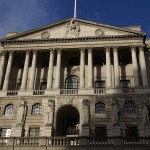 In terms of the monetary policy framework, Charlie argues that “it is a mistake to think that monetary policy was the sole, or even the prime, cause of the crisis….several factors coincided to form a potent cocktail”. These include factors that depressed the yield on safe assets including “high savings rates in China” and “emerging economies accumulating larger stocks of foreign reserves”. It also includes “the impact of the Great Moderation itself on risk-taking behaviour,…the development of complex securities, …disguised leverage, …defective risk management; weak funding structures; and insufficient high-quality bank capital to absorb losses”.

He accepts that “monetary policy ought to take greater account of financial stability concerns” but warns that “it is a brave central banker who would deliberately induce a recession in order to head off the mere risk of a future financial correction”. That is why there is “interest in deploying additional policy instruments better suited to restraining the build-up of dangerous financial imbalances…so called macroprudential tools”. For Charlie “while monetary policy is well-suited to dealing with the problems that arise from sluggish wage and price adjustment, a good macro-prudential tool will be one that is well targeted at dealing with a particular financial market failure, such as the underestimation of risk”.

In the final section of his lecture, Charlie sets out a stylised model to consider how monetary policy and macro-prudential policy might be best combined. A key feature of this model is that because monetary policy and financial stability policy have different objectives, and impact on the economy in different ways, they will sometimes move differently depending on how the economy is developing. In response to “a bout of ‘irrational exuberance’… both instruments are … tightened”. In contrast, “a beneficial supply shock will usually generate disinflationary pressure requiring lower interest rates….but it may well also encourage increased borrowing and a compression in spreads….In this example, monetary policy is loosened at the same time as macroprudential policy is tightened. Superficially this could look as if the monetary and macroprudential policymakers are at odds with each other, though such a rebalancing of the mix of policies is in fact entirely appropriate”.

Charlie concludes by reflecting that the past seven years “marked by financial instability and a deep recession” was a “salutary lesson for those, like me, who thought we had successfully cracked the problem of steering the economy.” It also “highlighted the need to put in place an effective prudential framework to complement monetary policy. Policy making today consequently looks a much more complex problem than it did fourteen years ago.”

Green Party: We will stand up for free movement