The Ghettoisation of the Welsh

Without dispute Wales is probably one of the most beautiful countries on earth, but unfortunately the Welsh themselves are being priced out of their own communities.

A recent article in the Telegraph highlighted what many in Wales already know and that is, all the prime property is being bought up mainly (95%) by the English yet to speak of this reality has in the past been deemed as racist and prejudiced.

So, if comparative ONS reports are correct and the Welsh are set to become a minority in the next 70 years through immigration from England alone, do the Welsh have a right to articulate their grievances over being bred out of their own land or are they being racist?

The rise of UKIP has shown that it's all well and good in 21st century Britain to object to economic migrants entering the UK from the EU or elsewhere impacting on the UK's infrastructure and culture without being branded a racist, so why is it that the Welsh cannot object to the destruction of communities and culture through migration from one area of the UK into another.

Firstly let's take a look at the impact of English migration into Wales and the deliberate and systematic historical destruction of the Welsh language and culture by the English.

Let us be blunt about this, Welsh culture has been under attack for generations through the imposition of the English language upon the people of Wales, a trend that has only been curtailed in part over the past 30 years through the actions of Welsh language campaigners, but the numbers of Welsh speakers in Wales is declining.

It is within living memory that Welsh children were brutally caned for speaking Welsh in school and through the destruction of the Welsh language the British government implemented an overt form of cultural genocide upon the people of Wales.

Remove a county's language and you separate the population from the culture that it formed over thousands of years, not forgetting that Welsh is one of the oldest spoken languages in the world dating back over 4,000 years as opposed to English, which is a much more pan-European geographically influenced  language.

However, if you remove the people from the land as is the case with high levels of immigration from a single language base (in this case England) and impose economic ghettoisation through out-pricing the local inhabitants, you utterly destroy a culture through assimilation of the remaining population into an alien culture through a form of social manipulation.

Every stream, hill, beach and river from the LLangollen to Pontypridd had either a Welsh name that described it or a Welsh name that commemorated an event/person of notoriety, but sadly many of those names were Anglicised or removed altogether by the English. 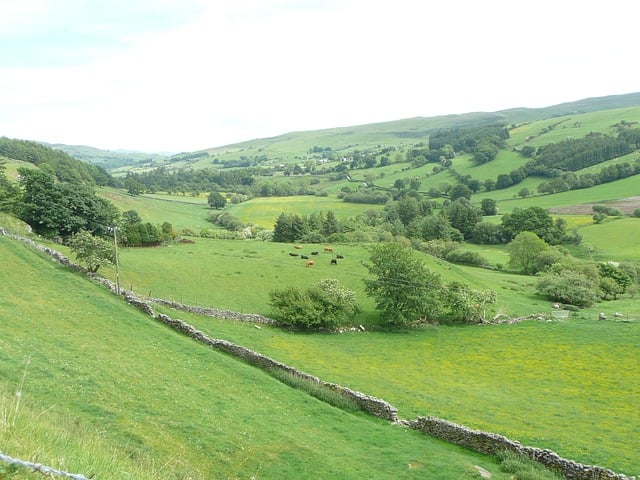 One can only imagine the riots if the same were said of the home counties if a foreign language (…..to be topical let's say Romanian) were to be imposed upon the people of Kent and the Romanian immigrants were to outprice the people of Bearsted forcing them to live in a region of economic depression where the house prices are lower.

Well that is exactly what has happened in Wales where entire communities have been turned into ghost villages through second home buying from people from the South East of England seeking a 'place in the country'.

Its not just Wales that is seeing its rural communities destroyed, Cornwall, Scotland, the Lake district, parts of the North East and Devon have all experienced the same thing to a much lesser extent.

To lose sight of what has happened is to dismiss the rich Welsh heritage altogether.

The Welsh have been through social engineering lulled into believing that they are British first, Welsh second and that the token Prince of Wales is actually part of their Royal family and a state figurehead for the Welsh, through what can only be described as some kind of mass Stockholm Syndrome.

This national Stockholm Syndrome is why Plaid Cymru would leave one master in Westminster only to take up another in Brussels (yes the EU does dictate  roughly 80% of the laws of member states)….its a type of 'you can't survive without us/govern yourselves really' mentality that has been handed down to the Welsh people since the death of its last king and the imposition of a fake royalty.

Wales is a country with a population ten times that of  Iceland (which has population roughly the size of Cardiff) rich in natural resources well placed geographically for trade whilst Iceland is just a volcanic rock apart from its fishing rights, a little offshore fossil fuel access and geothermic energy.

Yet Iceland has its own currency, is not an EU member state and has a vibrant economy once again and the same can be said for Norway. So why is Wales so frightened that it cannot compete in the globalised economy when countries like Iceland, which were declared bankrupt only a few years ago, have succeeded?

A lack of self confidence as a nation is why Wales will never break free of the Union and be the country it could be.

However, the Welsh are not wholly to blame for this lack of national confidence, there has been a deep and sustained psychological trauma inflicted on the people of Wales by the British government that remains in the psyche of the Welsh.

In recent times it has been the people of the South Wales Valleys have born the brunt of this attack. Firstly with the imposition of the industrialisation on the Valleys where coal and iron barons from England exploited the natural resources, scarred the land, forcing economic slavery upon the people and secondly the sharp removal of said industry leaving a legacy of despondence looming over the once closely knit communities.

These already depressed areas have seen some regeneration in the past 15 years, but with multinational corporations replacing the coal and iron barons of old, wages remain low and unemployment high.

The land and the rights of the Welsh over that land were separated generations ago and remain so with her Majesty's imposed judicial system maintaining this status quo.

It is into the economically depressed areas like the South Wales Valleys, the Welsh are finding themselves forced to find affordable housing whilst the further expanding property bubble in the South East of England continues to erode Welsh communities.

This is achieved through an influx of people from London and the surrounding areas finding they can purchase entire Streets in Welsh picturesque villages for the same price as a 4 Bedroom ex-local authority flat in Guildford.

Wales has come to a crossroads, either it governs itself in full and lays down restrictions upon immigration from England or it will lose what is left of it's cultural heritage for all time.

I did not write this article as a Welshman but as someone who is half English with not a drop of Welsh blood in my veins (even though I wish there was) who has grown up in the South Wales Valleys and seen first hand the impact that immigration from the South East of England has had and I have seen the once vibrant Welsh market towns turned into London-centric high class boutiques for the weekend visitors.

Yes it may sound ridiculous, but I was even told to my face just a few weeks ago by a man from Buckinghamshire that I could not walk across a nearby field because it's owner (a friend of his) in London has not given me permission, even though that owner has never visited that field in the ten years in which he has owned it.

As you can imagine this filled me with anger, but unfortunately it was not an isolated event and I could recollect many such incidences all day.

Is this an anti-English racist article?

No it is an everyday reality in Wales…..just ask any estate agent in Wales but in this overly sensitive, politically correct society only an Englishman can speak out against injustice caused by his fellow countrymen perpetrated under the guise of equality through an uneven national wealth distribution, with the lion's share of wealth centralised in the South East of England deliberately manipulated by the 'political classes'.

Migratory assimilation is supposed to be sympathetic and respectful to the culture of the area of relocation, this is the message that was sent by the people of England who voted against the imposition of EU freedom of  free movements of persons with the EU upon them and the same should apply to rights of the Welsh from economic immigration on the other end of the spectrum.

Most of the English who buy a second home in Wales or buy up large swathes of properties are blissfully unaware of the implications of their actions and in fairness I know many English people in my local village that have gone out of their way to learn to speak Welsh (something I myself have not done, so I am equally as guilty of this cultural genocide through my own inaction).

What does an engineering skills shortage mean for the UK