The government should sell more RBS shares sooner rather than later

George Osborne was right to pursue the share sale of RBS yesterday and further such sales should happen as soon as possible, affirms the chief executive of one of the world’s largest independent financial advisory organisations.

deVere Group CEO Nigel Green is speaking out after the Chancellor of the Exchequer sparked controversy for taking a loss of £1.1 bn on the sale of 5.4 per cent of the shares.

Mr Green comments: “RBS was one of the most dramatic victims of the financial crash and seven years after it was bailed out by the government for £45bn, it is right and timely that the privatisation begins.  We need to return to the new normal in the banking sector.

“Critics of yesterday’s sales should remember that when the previous Labour government bought the shares at the height of the crisis it did so in order to avoid a meltdown in the country’s financial system.  The objective was, in effect, to buy RBS some time to fix and transform itself and then return it to the private sector; it was not to invest in the stock market to make a quick profit. 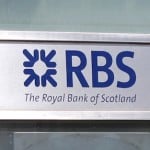 “RBS has increased its liquidity, built up its capital and returned to profitability. Similarly, the stock market was offering acceptable conditions and value and the price was not expected to rise considerably before any sale was launched. In addition, selling now will further boost liquidity and demand for shares.

“Therefore, it was the right time or the government to begin the process of selling its shares.”

The government cannot now sell more RBS shares for 90 days, however, Mr Green believes more sales will come this year – and that this is a good thing.

He says: “Now the sale of RBS shares has started, I would expect there to be another sell-off before the end of the year. It would be somewhat bizarre in this instance to sell off a 5.4 per cent stake and then put the brakes on the process.

“I would welcome a further sale sooner rather than later and I would hope that the majority of the government’s stake is sold off throughout the rest of this current parliament.

“The momentum needs to be kept up to improve the attractiveness of the remaining shares which will allow sales to be made on better terms. Also delaying selling off shares could limit the development options of RBS – and this would be bad news for the bank, the taxpayer and the wider economy.”