Here’s a shocking thought. By 2015, higher education could be almost completely privatised. After the shift from public funding to individualised funding through (tripled) tuition fees, universities were already private enough as it is.

But the government’s announcement in June that it plans to sell off the student loan book to private investors – literally the entirety of young people’s educational debt –will mark a frightening new step in the steady decline of our education system from one of universal good to the framing of it as a business purchase, a corporate opportunity rather than the common provision of knowledge to create more rounded human beings.

It’s all part of the coalition’s plan to, in the words of Danny Alexander (the Chief Secretary to the Treasury), ‘sell off £15 billion worth of public assets by 2020. £10billion of that money will come from corporate and financial assets like the student loan book, and the other £5 billion will come from land and property.’, as a New Statesman article earlier in the year pointed out.

£10bn is a hefty amount to come largely from student debt. Why would anyone want to buy it? That’s the point – they wouldn’t. In order to privatise the Student Loans Company, the government will have to offer ‘sweeteners’ to investors – namely, hiking the cap on interest payments. 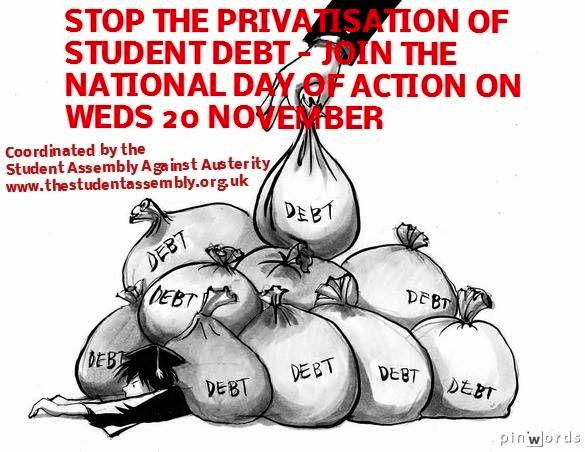 The NUS claims is has won a promise from the government that this won’t happen. Celebrate! Or, perhaps not. For a start, the tuition fee debacle itself has shown that the parties of this government cannot be trusted to keep their promises – whether from guaranteeing a ‘fair deal’ for the tax-payer on the Royal Mail privatisation (disastrously undervalued – as well as intrinsically immoral, of course) to the pledge to not raise VAT. A promise from the same government that claimed it would send our economy on the path to prosperity is not worth the paper it’s written on. Whether the sweetener is direct or hidden, there will be one, and it will be young people who, as usual, are hit hardest – particularly those who cannot pay it off early like wealthier graduates could.

So the fight is on. In Parliament itself, over 30 MPs have already signed an Early Day Motion condemning the privatisation, including the Green Party MP Caroline Lucas. Outside Parliament, students and graduates are organising against this retroactive attack – retroactive because it will affect loans from 1998-2013, and an attack because it’s another hit on young people already wracked with unemployment, low-paid insecure jobs, mental health crises and a lifetime’s worth of money owed.

The 20th of November will therefore see a National Day of Action against the sell-off, organised by the Student Assembly Against Austerity [1] with the backing of the Young Greens, the youth branch of the Green Party, and the National Campaign Against Fees and Cuts. Already 14 campuses have pledged to take part, with more to follow. In what is likely to reawaken the spirit of the 2010 student protests, and following the lecturers’ strikes at the end of October, thousands will petition, leaflet, occupy, be symbolically ‘buried’ with boxes of debt, organise debt ‘obstacle courses’ and hold banner drops and mass meetings. 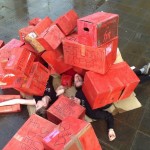 The government isn’t just taking on the students of Milbank – it is taking on a whole generation – graduates and college kids, together. Indeed, the only people who will benefit from this privatisation are the same class who caused the crash in 2008 – the bankers, the speculators, the casino capitalists. We all stand to lose. So the government has picked a pretty big demographic to take on. They’re hoping it will go under the radar. Increasingly, it’s becoming clear that is won’t. A previously demoralised student movement is now on the rise again. Time to get moving.

So join the Day of Action on the 20th. If there isn’t an action happening on your campus, organise something. If you’re not at university or college, go along to an event anyway – this policy is likely to affect you, your friends or your family. Don’t let the coalition push this through without scrutiny. Otherwise, there may be no going back.

By Josiah Mortimer who is on the National Committee of the Young Greens.