The Great E Cigarette Debate: Who Says What?

The debate surrounding e cigarettes is growing more heated and more complex by the minute. People are weighing in with a mixture of scientific speculation, personal experience and opinions “informed” by media hype. There is a clear division in both public and political spheres, with everyone from authorities and experts to the e cig industry and Joe Bloggs himself making a case to brand e cigarettes as either friend or as foe.

The debate was stepped up a notch in the public arena when it became televised on 23 January 2014. ITV’s Tonight Show explored the debate with their Rise of the E Cigarette feature which gave some background on the emergence of e cigs from companies such as Cloudstix, statistics from health and industry reports as well as a selection of interviews and comments from people on both side of the fence. Those asked to share their thoughts in the documentary included industry and health experts, well-respected academic and actual e cig users. Here are some of the key arguments made by scientific and industry experts in the documentary:

"Cigarettes at the moment are killing in the region of six million people every year [with e cigarettes] you are talking about potentially saving millions of lives a year" – Professor Robert West, Cancer Research

Professor Robert West of Cancer Research explains that 6 million people die every year because of smoking tobacco using figures obtained from the WHO. His argument is that tobacco-free e cigarettes should not be seen as the enemy or treated with suspicion and contempt. They should be seen as a solution to the problems posed by tobacco based smoking, such as a 6 million annual death toll.

"We have an opportunity to end the tobacco epidemic" – Professor Robert West, Cancer Research

This statement is particularly effective due to Professor West’s interesting choice of words. He uses the label “epidemic” to describe both the national and global hunger for tobacco and the consequences of it. An epidemic can be defined as either a widespread occurrence of an infectious disease in a community at a particular time or as a sudden, widespread occurrence of an undesirable phenomenon. Both definitions seem an apt description of the widespread addiction to smoking and the multitude of illnesses and deaths it causes. Like any epidemic a treatment must come before a cure and Professor West advocates that the e cigarette is the treatment that is the missing link between epidemic and cure.

"People say that we don’t know yet whether e cigarettes are safe [but] we know what the ingredients are that are within them and we know that those are – nothing is perfectly safe – but compared with a cigarette they are a hundred times safer if not more" – Professor Robert West, Cancer Research

The final point Professor West makes demonstrates that whilst he does not agree with the other side of the argument he is aware of it. He acknowledges people’s concern at the lack of hard scientific evidence to show e cigarettes are 100% safe but he also urges people to look at the problem logically. He explains that the effect of an e cigarette itself has not been extensively investigated but he notes that the individual ingredients within it are well-known and well-researched. In light of this Professor West agrees that nothing is completely safe but conclusions can be drawn that e cigs and their ingredients are safer than a traditional cigarette.

"We believe that as they are today – and we believe that there are various parts of the scientific community that would agree with us – they [e cigarettes] provide a substantially safer alternative to smoking a traditional cigarette" – Kingsley Wheaton, British American Tobacco

Kingsley Wheaton of British American Tobacco in Southampton spoke to ITV about the company’s move into e cigarette production, a shrewd business move for a brand known to be a big name in the tobacco industry. When questioned about the company’s embracement of the same e cigarettes that could put their traditional tobacco production out of business, Wheaton explained the decision was a matter of safety and customer care. He explained that British American Tobacco believe e cigarettes to be much safer than the tobacco alternative and because they don’t make decisions based on profit alone, they will produce e cigarettes to benefit consumers’ health.

This small selection of arguments made in ITV’s The Rise of the E Cigarette demonstrates how delicate the debate is. Those making a case for e cigarettes are branded as reckless and exploitative by the media but the documentary and the quotes discussed challenge this representation. E cig supporters not only acknowledge the public’s concerns but they address them, explaining different ways in which to approach research and sharing their knowledge, experience and confidence in e cigarettes as a way to end the tobacco smoking epidemic.

Amy is a social health researcher. She enjoys sharing her research and insights online. Her articles mainly appear on blogs that discuss health and social issues. 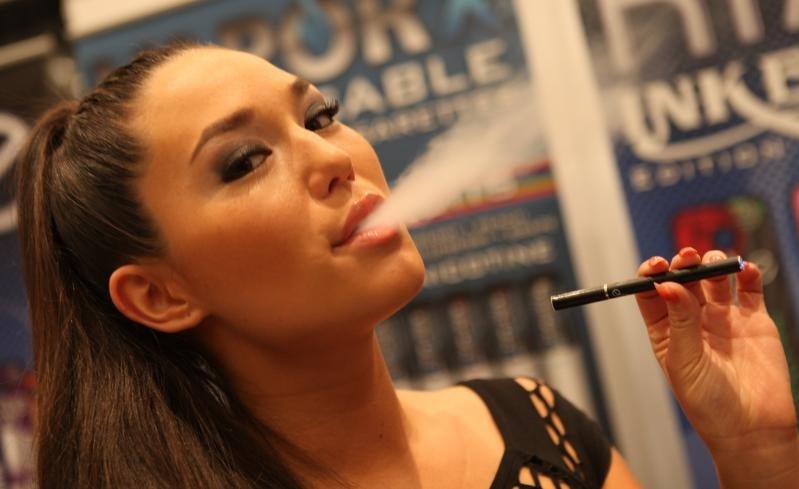