Last month, the UK government unveiled a new process whereby planning applications for shale gas projects would be fast-tracked, adding further fuel to a debate that was already raging.

To many, fracking is a dirty word. Much has been written about the detrimental impact that this process can have on the wider environment – the wastewater can contain toxic, cancer-causing materials, and there is evidence of fracking wells over in the US causing contamination of drinking water supplies. Concerns have also been raised about the heightened risk of earthquakes and the huge amount of water being used up in fracking operations.

While it’s clear to see why so many are opposed to hydraulic fracturing, others, including the government it seems, are all for it. The Department of Energy & Climate Change’s (DECC’s) latest Public Attitudes Tracker, published in August 2015, confirmed that only 28% of the public are staunchly opposed to the extraction of shale gas, though it must be stressed that the same study found that even fewer people (21%) are firmly behind fracking. Most people had no opinion on it, which suggests that awareness of the concept is sorely lacking at this stage.

Advocates of fracking will point to the fact that this source of energy is far less damaging to the atmosphere than electricity that is derived from fossil fuels, and with the UK setting an ambitious target of reducing overall carbon emissions by 80% by 2050 (based on levels set in 1990), it’s imperative that we keep our sustainable energy options open.

The economic case for fracking

Having introduced a streamlined planning process in order to speed up the launch of fracking projects, it’s clear that this form of energy generation is very much part of the government’s long-term plans, whether we like it or not. 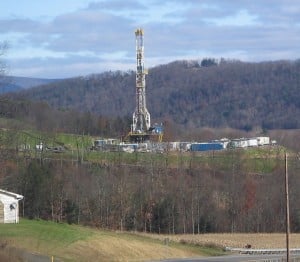 Shale gas exploration has really taken off over in the US, and energy chiefs on this side of the Atlantic seem keen to emulate the apparent success that America has had with fracking thus far. A study conducted by Brookings earlier this year showed that natural gas prices have dropped by 47% since the “fracking revolution of 2013”, and US consumers are ultimately benefiting from this. The research indicated that gas bills dropped by $13 billion (£8.5 billion) per year between 2007 and 2013 as a result of increased fracking, the equivalent of $200 a year per household.

Meanwhile, a Defra report that was published in early 2015 showed that shale gas investment could reach £3.7 billion a year in the UK, supporting some 74,000 jobs. It’s not completely clear at this stage just how much shale gas the UK is sitting on – the British Geological Survey is constantly monitoring the situation – but it is thought that many parts of the country have huge fracking potential. Regardless of where you sit in the great fracking debate, you can see why the concept is so attractive from an economic point of view.

Too close to home?

We’d all like lower energy bills and less air pollution, but at what cost? While the aforementioned Brookings study painted a rosy picture of fracking from an economic standpoint, the authors also conceded that “a great deal of uncertainty remains regarding pollution from fracking”. We simply can’t turn a blind eye to the risks.

It would be interesting to see how the people who are fully behind fracking would feel if a drilling project was sanctioned within a few miles of their home. Like with many things (I’m thinking of the well-publicised opposition to wind turbines here), people are happy to support something if they know it’s not going to directly affect their day-to-day life.

As the CEO of a North West-based company that specialises in finding cheaper energy tariffs for businesses, the fracking controversy is particularly poignant. The North West has been the focal point for much of the public outrage that has been caused by fracking. In 2011, it was said that shale gas test drilling near Blackpool was the probable cause of earth tremors in the region.

People are also fearful that property prices will plummet if fracking projects are given the go ahead. The Defra report that was referenced earlier warned that an analysis of property price fluctuations in Alberta, Canada showed that house valuations dipped by as much as 7% when they were within 4km of a gas well. Naturally, with a number of fracking projects earmarked for the North West, people who currently live and trade in these areas are massively worried.

For us at Love Energy Savings, we face the dilemma of having the potential for huge reductions in domestic and commercial energy bills on the one hand, but the possibility of unrest in our local community on the other. While it’s impossible to weigh up all of the pros and cons in such a short article, at this juncture I’d have to admit that the whole fracking saga makes me feel uneasy.

The government’s task of slashing the nation’s carbon emissions, while at the same time safeguarding our long-term energy security and servicing a substantial financial deficit, is certainly not easy. It’s a delicate balancing act to say the least.

Nevertheless, the government’s decision to fast-track fracking project applications so soon after it was announced that subsidies for solar and onshore windfarms would be cut will have irked many. With so many risks attached to fracking, one would have thought that the government would rely more heavily on wind and solar power, but this doesn’t appear to be the case.

According to DECC statistics, renewables’ share of the UK’s overall electricity generation stood at a record 22.3% in the first quarter of 2015 – up by 2.6 percentage points on the corresponding period in 2014. During this time, wind generation went up by 5.3% and, even more impressively, the amount of energy created via solar photovoltaic systems grew by 60%. Such encouraging figures make it all the more galling that the government has opted to rein in solar and wind subsidies. It feels like a missed opportunity to capitalise on recent progress.

The Solar Trade Association has warned that the cutbacks could derail the solar industry’s recent momentum, and the organisation has also raised serious concerns about the scheduled review of the Feed-in Tariff scheme, describing the proposals as “self-defeating”. Solar remains the UK’s most popular form of energy, with 80% of the public supporting this sustainable method of power generation.

When announcing the controversial plans to end new public subsidies for onshore windfarms in June 2015, Energy and Climate Change Secretary Amber Rudd said that enough subsidised projects were in the pipeline to meet the UK’s renewable energy targets. She also stated that such projects must now “stand on their own two feet”, rather than rely on government funding. However, a new paper published by think tank Policy Exchange reiterated the point that onshore wind remains the most cost-effective and scalable low-carbon technology in the UK, and banning these projects from competing in subsidy auctions would ultimately result in higher costs for consumers.

Again, I fully appreciate that the government has some incredibly difficult decisions to make from a financial perspective, but if we are to hit our carbon emissions targets by 2050, everyone needs to be pulling in the same direction. Fracking has its benefits, but while it might make sense from an economic angle, the amount of resistance that these controversial projects are likely to encounter in the coming months and years will only hinder the UK’s attempts to reduce its reliance on fossil fuels. We cannot afford to waste time.