'The Great Train Robbery: A Tale Of Two Thieves' Will Reveal The Identity Of The Mastermind

This incredible film features Gordon Goody, one of the main instigators behind the heist – for the first time he will reveal  the identity of the missing mastermind behind Britain’s most famous heist – the elusive and mysterious “Ulsterman”. The Ulsterman provided the train robbers with vital inside knowledge that made The Great Train Robbery possible and without the Ulsterman there would have been no Great Train Robbery.

Fifteen men pulled off “The Great Train Robbery,” netting today’s equivalent of £45 million. Over 50 years after the heist, one of the robbers, Gordon Goody, has finally agreed to go fully on record and reveal all the unknown facts about that fateful night and his life of crime, including the identity of the “mythical” Ulsterman. The Ulsterman has gone down in British criminal history as the man who walked away and disappeared into the ether with today’s equivalent of over £5 million pounds.  His identity has been the subject of intense scrutiny by the public and law enforcement alike, but has always remained a fiercely guarded secret. In this film he is identified for the first time. 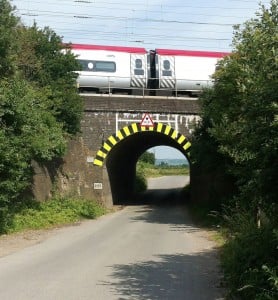 Directed by Chris Long (Executive Producer of The Mentalist), Executive Produced by Chris Long, Erin Donovan and Simon Howley and a collaboration between London’s Kowalski Inc and LA’s Scallie Filmworks, The Great Train Robbery: A Tale Of Two Thieves transports us back to a bygone era when criminals lived by a code and gives us exclusive interview access to Gordon Goody, revealing unknown secrets about his criminal past and details about his daring and legendary heists – the BBC and Heathrow Airport Heists to name two. With previously unknown information about The Great Train Robbery and clues to the identity of “The Ulsterman”, the film retraces the fascinating investigation to find out the real identity of the inside man with surprising results.

“This story could never happen now. Meeting Goody was a fantastic, powerful experience and he has an unbelievable presence. Characters like him don’t exist anymore and after shunning the public for a very long time, he and I felt that there had been an enormous amount said about this historic crime, and not by him. He was concerned whether “The Irishman” was dead, and this film is his chance to set the record straight.”

“Based on exclusive first person testimony from over 20 hours of interviews, Goody’s fascinating story, along with the hunt and revelation of The Ulsterman is vibrantly brought to life in The Great Train Robbery: A Tale of Two Thieves. Signature is incredibly proud and excited to be releasing this extraordinary film – and we are sure it will be relished by anyone with even a passing interest in Britain’s most infamous heist.”

The Great Train Robbery: A Tale Of Two Thieves is in cinemas October 2014 and on DVD/On Demand October 6th with a book about the full story due to be released soon.