With all the complaints about gas and electricity prices in the UK one would think that we were being completely ripped off.

There is also the issue of foreign ownership of UK utility companies that keeps being mentioned as a reason for our high energy prices.

We Brits do like a good whinge don't we? So let's see how much more we pay for our gas and electricity than all those other lucky EU states.

How true is it that we are being consistently overcharged for our energy and that other countries are benefitting from this with lower prices across the EU.

Well Eurostat, the EU statistical office, has come up with some interesting numbers [1] that throws some light on this matter. They show the state of play at the end of 2010 and also include countries that have yet to gain full membership of the EU.

Their news release 97/2011 issued yesterday shows that on a pure cost basis the UK was 18th out of the 31 countries listed in the electricity league tables.

It also showed that the UK was 21st out of the 26 countries listed in the gas league tables. Norway was left out for some reason and Greece, Cyprus, Malta and Finland had no gas data to work on.

But when these countries were compared using the Euro purchasing power standard (PPS – http://stats.oecd.org/glossary/detail.asp?ID=7184), which are notional Euros that have the same purchasing power across the EU, then the picture becomes even rosier for the UK as these two graphs show (converted to £ using their exchange rate). 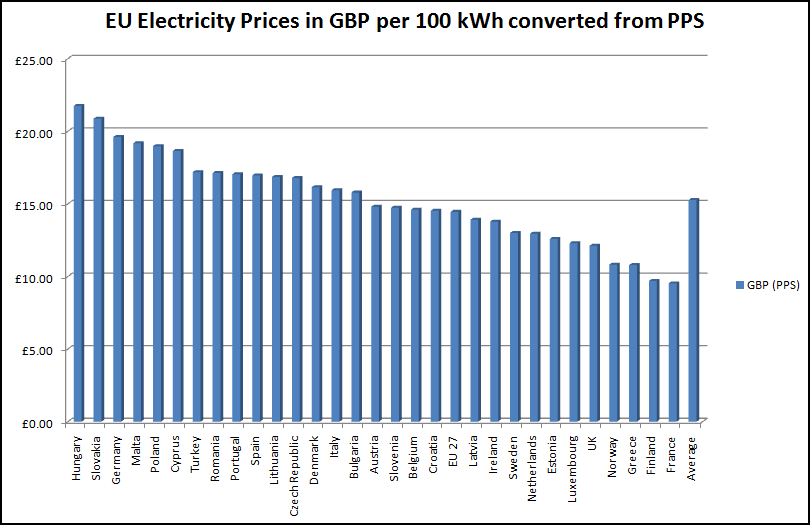 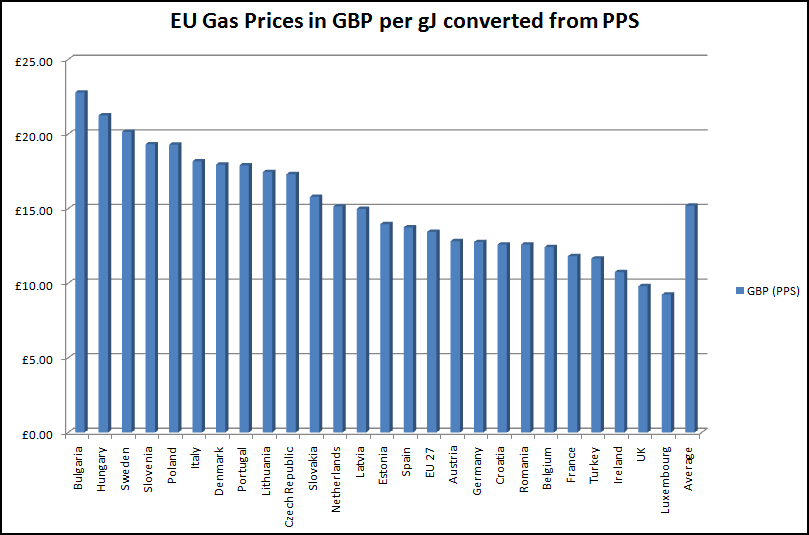 So, the next time you get an electricity or gas bill just be glad that you do not live in Bulgaria or Hungary!

Also be glad that no bright spark of a Eurocrat hasn't (yet) come up with a plan to equalise energy prices across the EU ensuring everyone pays nearer the average price on a PPS basis.