The Green Party will run a Field Hospital, on Friday evening, for traumatised Lib Dems attending their Spring Conference at York Barbican.

The Field Hospital tent will include a couch, operating tables, bandages, first aid kits and medics in white coats.

"We think this a humorous way of pointing out that the Green Party is the natural home for disillusioned and betrayed voters who put their faith in the Lib Dems at the last election.

"The casualties of the Coalition can finally meet politicians strongly opposed to the austerity policies that the Coalition has imposed on the country – and who can be trusted to do what they said they would do when elected," said Andrew Cooper, who will be attending.

"The Green Party are the only main party committed to free access to higher education for all – whereas the Lib Dems went back on their promises on tuition fees," said Denise Craghill, chair of York Green Party and who is also standing for Europe in May. 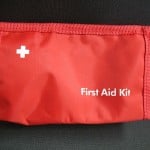 She continued, "The Green Party is serious about working for the common good, whereas the Lib Dems talk about fairness but are propping up a Coalition destroying public services and putting huge burdens on the poorest members of our society – whilst supporting tax breaks for the very rich."

"Our Field Hospital is here at the Lib Dem Conference to offer much needed therapy to any broken-hearted Lib Dems seeking an honest and positive alternative," said Andrew Cooper, who is also a Kirklees councillor.

The European Greens are the fourth largest group in the European Parliament. Europe's Greens are committed to creating a European Union which protects the environment and creates millions of jobs in the Green economy, whilst challenging the excessive power of large corporations and financial markets.

Ban 'fracking' until we have enough water