People looking to sell or buy a house as well as professionals such as estate agents and mortgage consultants await the issue of each property index hoping to see something that will herald a reawakening of the housing market and with it their profits.

The press is generally full of predictions of the green shoots of recovery with every decimal point an index goes up, or of an impending crash if an index shows even a slightly negative result.

But the truth is much more likely to be found in a trend, not on a one month or even one quarter based set of figures.

When comparing the main indices (Rightmove asking prices, Nationwide HPI, Halifax HPI and the Land Registry figures) we can see a trend, which cancels out all those little monthly blips.

This of course will not take into account all the local vagaries, but is probably a better overall guide.

What you can see though is a gradual convergence of the indices that are based on actual prices paid, as well as how sellers are still over-egging their values (Rightmove asking Prices – top line) and how the prices paid roughly follow the volume of sales (bottom line). 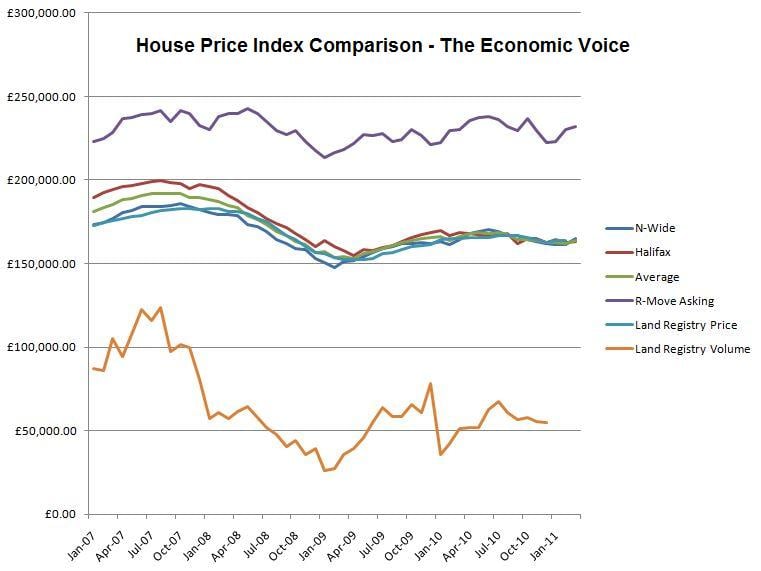 The difference between Nationwide, Halifax and the Land Registry figures have never been that many miles apart in the past, but at present it looks like they've been looking over each other's shoulders to get their figures.

Even expanding the view to try and separate them just gives a bit of a messy single line at the end. But it does show how slowly the market moves in reality. 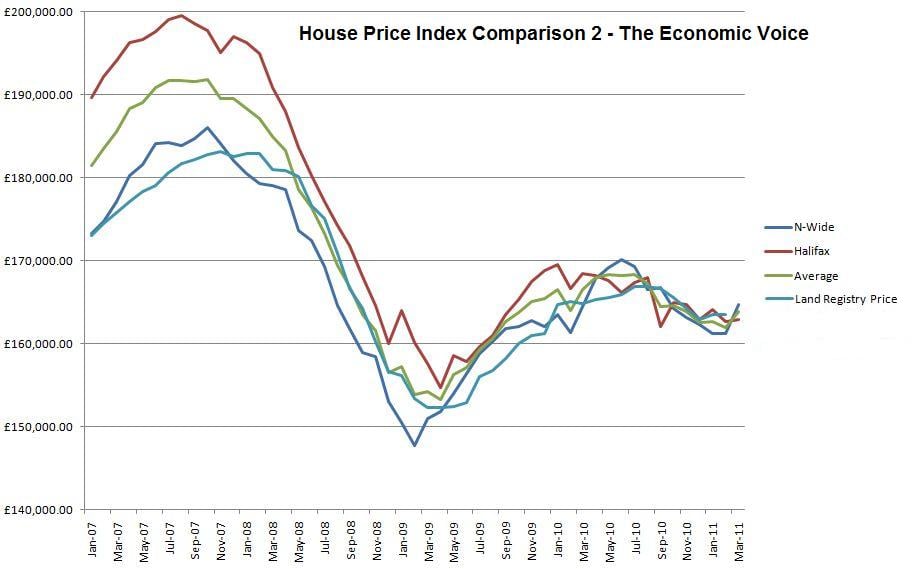 So, when the next index is issued and either 'oh joy, it's gone up' or 'oh no, it's gone down' accompanies it, just remember these graphs (which we will keep updated and re-issue as necessary). The data for the graphs comes direct from the websites of Nationwide, Halifax, Rightmove and the Land Registry. The Land Registry figures lag by one or two months due to the way the data is collated.

A cheap property in Liverpool

FSA to ban self-cert and interest only mortgages

The property market and house prices 2010