The Hunter – Willem Dafoe is on a lonely quest

Willem Dafoe is never an actor to shy away from a challenging or provocative role. Over the last three decades the versatile thespian has portrayed a wildly diverse range of characters ranging from the son of god through to the arch nemesis of a certain comic book webslinger.

The actor's latest feature arrives in cinemas this weekend heralded by an extremely accomplished, albeit intensive, trailer (shown at the foot of this article) that promises to showcase the best of Dafoe and his abilities in a philosophical and introspective thriller.

Adapted from the acclaimed novel by author Julia Leigh, the character study of a man obsessed by an animal that may no longer exist whilst questioning his own existence amidst the elements of the natural world, finds a lone gunman named Martin David (Dafoe) arriving at a remote Tasmanian village community.

In the employ of a shadowy genetics corporation, the seasoned hunter is given the brief of finding what is believed to be the last Tasmanian Tiger known to man.

A character isolated in his own life, the hunter will not only be pitted against the wilderness but find himself drawn to a local widow and her children whilst crossing paths with a local tracker.

The trailer for this brooding and existential drama finds Australian director Daniel Nettheim seemingly creating a bleak and brooding backdrop that allows Dafoe's main protagonist to not only search out the elusive animal in question but also ask some thorough questions about his own existence and needs as he plots a path through the Tasmanian backwater.

Cinematographer Robert Humphreys has also apparently played his part in creating an atmospheric template for Dafoe's character study by perfectly capturing the rugged beauty and inherent danger of the surrounding terrain and literally framing every other shot with darkened storm clouds or mist covered scenery.

The teaser also hints that the motives of the mysterious corporation hiring Martin may not necessarily be fully revealed, but act solely as a prop device to allow the hunter to question his own journey and thus provide a highbrow and intelligent thriller much in the same vein as the recent stylish and excellently executed collaboration between George Clooney and director Anton Corbijn, The American (2010).

With a supporting cast that includes Frances O' Connor as the aforementioned widow and screen veteran Sam Neill as the local guide destined to clash with Dafoe The Hunter, with its atmospheric and brooding overtones, may well provide a welcome change and thought provoking watch at the height of the blockbuster season.

Hopefully, Dafoe will find his mark. 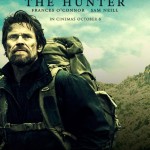 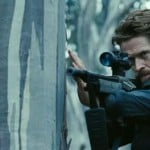 A Classic British Television Series: The Box Of Delights

The Ghosts of the Royal Shakespeare Company