The impact of the financial crash on pensions

The financial crash of 2008 has had far reaching effects on all areas of the global economy. Pensions are no exception. Both the crash itself and the remedies to it have hit pensions – and pensioners – hard.

The crash wiped massive amounts of value from pension funds in the short-term. After all, pension funds are essentially just mutual funds in a tax-efficient wrapper with long-term investment goals.

For younger workers at the time of the crash, this is not much of a problem as the markets have recovered to pre-crash levels and beyond – as with most investments, the longer you stick, the more protected from downturns you are.

However, for those closer to retirement, the crash would have drastically reduced the level of their pot. It's important not to underestimate the size of this calamity. For example, using Fidelity's pension calculator, we can see that a current 28 year old retiring at 70, contributing £100 per month to a fund would achieve a £17,300 income if the market performs on average, as opposed to a £13,000 income if it performs poorly. The crash was a lot more than a poorly performing market.

The scalping of pension pots is self-evident. What is less obvious are the long-term effects of the resulting stimulus. The sad fact is that stimulating the economy in the short-term means hitting savers. And the biggest savings most people have are pensions. 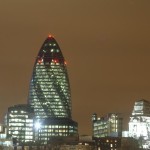 Most private pensions transition from a predominantly stocks focused fund to fixed income bonds the closer you get to retirement. The up-shot is that whilst quantative easing depresses bond yields, the value of a pot is depressed along with it. While bonds are at a premium, the same capital buys less, and growth is restricted.

Of course, if you are just about to retire and buy an annuity, your bonds will sell above ticket price, inflating the value of your pot. But low interest rates mean the income from the annuity will be lower.

For similar reasons, low interest rates put a squeeze on defined benefit (DB) pensions. Depending on the asset mix, many funds may find themselves with greater liabilities than assets, at least for a period, and struggle to meet their DB payout obligations. One of the reasons so many such schemes are closing.

As highlighted in an OECD white paper, there is a pronounced risk that as pension and annuity providers struggle to meet their obligations they will engage in 'redemptive gambling' – making increasingly risky investments and neglecting to hedge in a bid to maximise growth in order to re-balance assets and liabilities.

The risk is most pronounced with life insurance companies providing annuities, as the majority of their liabilities are medium to long-term guarantees of fixed income. As the OECD paper puts it: “The need to find adequate fixed-income returns to match these promises may, under a scenario of protracted low interest rates, prompt institutions with particularly high levels of mismatching to significantly alter the risk profile of their investments.”

The risk with redemptive gambling is that it all goes wrong and the entire fund goes under, similar to Equitable Life's fate as a result of failing to hedge properly. Although that was arguably due to boom-time arrogance (rather than redemptive gambling), the effect is the same.

There has been less of a short-term impact on public pensions, but the protracted period of high unemployment and the cost of financial stimulus will have a significant medium to long-term effect.

Public pensions are paid out of NI contributions – so the working population pays for retirees. The looming problem is that as retirees begin to equal or even outnumber workers, NI contributions won't be able to cover the pension bill.

This shift is inevitable and unrelated to the crash. But the longer unemployment remains high, the lower tax receipts are, the higher the benefits bill, and the less money there is to go into pensions – compounding the demographic problem.

The crash, and subsequent asset-liability gaps, have seen the industry turn almost entirely against DB schemes and towards DC schemes. Meanwhile, the growth potential of these funds remains limited in a low-interest, high-inflation environment. Either way, the payouts from these pensions are likely to be far lower than those enjoyed by today's retirees.

As Dr. Frank Eich of the LSE put it [1]: “The impact of an economic and financial crisis… will generally be of a more medium- to long-term nature, with contribution rates likely to increase and future retirement income generosity to be reduced to ensure that the unfunded system remains financially long-term sustainable.”

Dr. Eich is referring specifically to public pensions, but in light of the issues raised by the crash, the likelihood is that we will see the same trend in the private sector.

The Rise in Loans From Luxury