The long and short of the euro crisis

The past week has seen worries about euro area countries resurface in financial markets, with Spain now the main source of concern. While Portugal is likely to face further troubles down the road, and may end up needing a restructuring like Greece, its Iberian neighbour has been garnering most attention.

This is primarily because Spain is an order of magnitude larger than Portugal. The latter is a bit bigger than Greece, but Europe could cope. Spain is the fourth largest economy in the euro area. Any problems with its sovereign debt would definitely have widespread repercussions, as Italy has already found out. Prime Minister Rajoy has quickly discovered that, while he can manipulate the European Commission when it comes to deficit targets, market sentiment is somewhat more beyond his control.

Spain’s problems neatly reflect the short-term and longer-term aspects of the euro crisis. In the short term, governments in the euro area’s periphery are desperately trying to regain market confidence by setting out clear plans to cut their deficits. If investors and financial markets believed those plans would bring public finances back onto a sustainable footing, then there would be no problem. The problem is that markets are not convinced of this – and having a government that changes deficit targets hardly helps matters.

Ultimately, however, this fiscal retrenchment is just the short-term aspect of the crisis. The longer-term challenge, even after deficits are closed, will be to address the internal imbalances within the euro area. In the absence of substantial labour mobility or transfer payments, steps must be taken to close Spain’s trade deficit with its euro neighbours. This is where fiscal consolidation and imbalance elimination coincide – by cutting government deficits, countries depress activity and push down on wages and prices, thereby gaining competitiveness relative to their peers. The corollary of this is that, at the same time, those countries in surplus must see their relative competitiveness erode and their trade surpluses shrink.

There are lots of ways this could potentially happen, but the current debate centres on two options. First, while Spain, Portugal and others are cutting their deficits, other (surplus) euro countries could pursue expansionary policies, boosting domestic demand. This would essentially involve everyone meeting somewhere in the middle – Germany would expand (if perhaps not boom) while Spain retrenches. The second option is for those countries in surplus to sit around and wait for everyone else to catch them up – so instead of meeting in the middle, everyone has to match Germany by themselves. There is, perhaps counter intuitively, some logic in this, in the sense that then everyone would have met some ‘higher standard’. But the second path will take significantly longer to achieve. 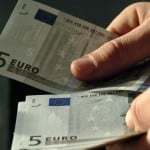 This means the second path is the wrong one to take. For all the concerns about fiscal retrenchment and market credibility right now, solving imbalances is ultimately the long-term problem that Europe needs to deal with. Fiscal retrenchment in the periphery will help, to the extent that it impacts on wages and prices, but it is already proving to be incredibly painful, threatening public support for these policies and indeed the EU as a whole. A more expansionary mind set from other member states – and particularly Germany, which saw its 10Y borrowing costs drop below 1.7% this week, which is frankly a bit ridiculous – is critical. But we are unlikely to see it.

And perhaps this is really the fundamental flaw at the heart of the EU. Is the Union really a collection of sovereign states that are prepared to work together for the greater good, ahead of their own individual priorities? Or is it a club where the larger, more important members get to tell everyone else what to do? In the face of a substantial credibility deficit and the long-term economic adjustment that is ultimately required, the second may not be good enough.