The "Magnificent Seven" Opportunities for a New Scotland

Following the confirmation that Scotland has voted “No”, but is likely to be granted a wide range of new devolved powers, the Institute of Economic Affairs has outlined seven magnificent economic opportunities for a more independent Scotland.

“Throughout this referendum campaign, we have been reminded that Scotland is the home of Adam Smith, the brilliant, pioneering free-market economist.

Scotland must now demand wide-ranging new powers. If they are then exercised intelligently, Scotland can expect to leap ahead of other western European nations. By rediscovering its historical entrepreneurial spirit, Scotland can be confident that it has a truly amazing future ahead of it.”

The seven opportunities identified by the IEA are:

1 – To make use of the great tradition of independent education institutions in Scotland by removing centralised state regulation from schools and introducing a voucher system to maximise parental choice and encourage innovation. 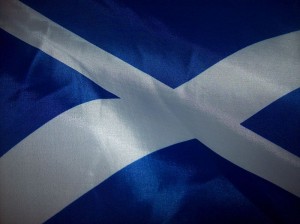 2 – To seek to go much further and faster than the current UK government in increasing the state pension age rapidly to better reflect life expectancy.

3 – To seek to swiftly introduce a fully-funded pension system, so that people save for their own future as they earn, gradually phasing out the current, unfunded state pension.

4 – To demand the powers to set an independent corporation tax rate, much lower than that of the rest of the UK – making it a more attractive location for businesses and improving the nation's growth prospects.

5 – To insist upon the opportunity to introduce a formal national health insurance system that will allow people to make alternative provision for their needs if they are dissatisfied with the services provided by the NHS.

7 – To demand to localise in-work welfare provision to ensure that the best use of local knowledge and incentives is made to increase labour market participation amongst people of working age, rather than relying on welfare plans devised by a remote and detached bureaucratic elite. The welfare needs of Glasgow, Aberdeen and Orkney are very different and so should be arranged differently. In doing so, the Scots would be revitalising the great Scottish tradition of independent welfare institutions.