The Middle Class Has Been Saved – Or Has It?

Long live the middle class now that it has survived the fiscal cliff and been “saved.”

President Obama is basking in the glory of having averted the deepening of a crisis that is more structural than political and hardly resolved.

The markets are cheering, it is said, because markets love stability, unless there is money to be made off of volatility of their own making.

Forget the working class. The term is passÃ©, as is the so-called and usually undefined great mushy middle class moves into its rightful place at the center of everyone’s concerns.

(When asked what class they are in—or aspire to be in—workers and even the poor say Middle Class; unless survey questions include the choice of working class that they usually don’t.)

Analysts who looked closely at the big deal so hysterically pushed through Congress as the dramatic end-piece of a year of political warfare, say that there will be very little gain for the middle class with income taxes down but payroll taxes up, insuring that it will be more, at best, of a wash than a redistribution of wealth on any level. Many Americans, not just the rich, will be shelling out more, not less.

Economist Lambert Strether calls it the “fecal cliff,” noting, “cuts and tax increases (especially on the rich) are not commensurate. A “sacrifice” where some give up luxuries and others give up necessities is in no way “shared. A marginal sacrifice for the rich is not commensurate to core sacrifices for the rest of us.”

This is an obvious point, but you will have to search through all the sturm und drang in the media about the votes in Congress to find it. Our media prefers to look up at leaders on the national stage than down on the people who have to cope with their decisions.

The headlines, speak of a victory for the middle class while the deal’s details show what an illusion that is.

There is a deeper attack on the middle class underway that is not yet “breaking news”. We can see it at the measures designed to destroy unions and attacks on teachers. We see it in limits imposed on pensions, and inflation that is making everything pricier.

With a new wave of big cuts still to come, it’s not clear who will benefit—especially not that part of the middle class that relies on public education as the key to their upward mobility.

In city after city, public education is in trouble, underfunded, trapped in bureaucratic warfare, with many public schools facing closure and others cutbacks.

There is a privatization of middle class education underway with the privately run charter school industry hovering in the background, hoping to turn all of education into a business.

â€¢In Philadelphia, 17,000 students and more than 1000 teachers are facing what’s being called euphemistically a “downsizing” with 37 public schools on the chopping block.

Writes Bruce Dixon in the Black Agenda report: “The fix has been in for a long time, and not just in Philadelphia. Philly's school problems are anything but unique. The city has a lot of poor and black children. Our ruling classes don't want to invest in educating these young people, preferring instead to track into lifetimes of insecure, low-wage labor and/or prison. Our elites don't need a populace educated in critical thinking. So low-cost holding tanks that deliver standardized lessons and tests, via computer if possible, operated by profit-making “educational entrepreneurs” are the way to go.”

These changes are always advanced in the name of better education “innovation” in the same way that the “reforms” that deregulated financial markets and led to their crash were labeled “modernization.”

â€¢In the Bronx, New York, the venerable De Witt Clinton High School that for over 100 years educated several hundred thousand students, positioning many for the middle class with many famous grades exercising leadership role in private industry, media, the arts and public life, is being threatened with closure as the neighborhoods that sent kids there became poorer and darker, (Disclosure; it was at that high school that I first learned journalism on the school paper.)

Students, teachers and alumni are up in arms fighting the threat with rallies at the school and a petition on line. I have been working for months on a documentary to showcase the School—once the largest in America—and its century of achievement.

Trailer To Raise Support for A Film About DeWitt Clinton HS from DANNY Schechter on Vimeo.

Behind all of this is an unseen, but fundamental shift in our economy, explains economist Michael Hudson:

“Today’s economic warfare is not the kind waged a century ago between labor and its industrial employers. 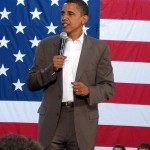 Finance has moved to capture the economy at large, industry and mining, public infrastructure (via privatization) and now even the educational system. (At over $1 trillion, U.S. student loan debt came to exceed credit-card debt in 2012.) The weapon in this financial warfare is no larger military force. The tactic is to load economies (governments, companies and families) with debt, siphon off their income as debt service and then foreclose when debtors lack the means to pay. Indebting government gives creditors a lever to pry away land, public infrastructure and other property in the public domain. Indebting companies enable creditors to seize employee pension savings. And indebting labor means that it no longer is necessary to hire strikebreakers to attack union organizers and strikers.”

In short, debt is often profitable, and will be fought over for years to come.

These stealth trends float beneath the surface of media coverage and public political debate and get lost in the miasma of partisan talking points.

We don’t what we don’t see, and all we do see are posturing politicians whose main goal seems to be always appearing to do something but usually in the service of the status quo.

News Dissector Danny Schechter blogs at Newsdissector.net. He made the film “In Debt We Trust” warning of the financial crisis in 2006. He hosts a radio show at PRN.FM. Comments to dissector@mediachannel.org