An American has lived ‘abundantly’ in caves in the Utah desert for twelve years after giving up money.

Denver born Suelo (born Daniel James Shellabarger) left his $30 of life savings in a telephone booth in 2000 and became a simple living adherent. As far as he is concerned money is just an illusion and he is one of the few people that live without money by choice.

He also changed his name to Suelo, Spanish for ‘soil’.

He lives his life by relying on foraging, roadkill, past sell-by date food as well as the kindness of friends and strangers. Any belongings he has are other peoples’ rubbish that he has reclaimed for use. He does not pay taxes or receive foodstamps or any type of government handout.

His philosophy? “I don't use or accept money or conscious barter – don't take food stamps or other government dole. My philosophy is to use only what is freely given or discarded & what is already present & already running (whether or not I existed)” he writes in his blog ‘zerocurrency’.

He did however have one slight slip from his ideals in 2001 reports the Mail, when he received a tax rebate of $500 and spent it on driving a Mercedes across the USA.

Mark Sundeen, who knew Suelo for 20 years prior to the start of his new money-less life, has written the story of Suelo “The Man Who Quit Money”. At first he thought his friend had gone mad, but the economic crisis of 2008 made him want to investigate his friend’s life and the ideas behind it and he started the book in 2009.

But before you get all idealistic with dreams of living off the land it does look like a lifestyle more suited to a solitary minded person as opposed to someone with a family. It also looks like a hard and uncertain life that would take a dedicated mindset to see through, especially when cold, hungry or ill. But it may be one way of thumbing your nose at the banks. 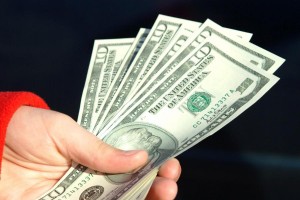