Today’s industrial production data were another welcome sign that the UK economy is firmly on the mend. Manufacturing output increased by 1.0% between January and February, and year-on-year growth was within touching distance of 4%, a very respectable pace. Economists are now busy revising up their forecasts for growth in the first quarter of this year, which could come in above the 0.7% increase seen at the end of 2013.

There are also rumours of a more substantial shift in the National Accounts, as the Office for National Statistics (ONS) implements wide-ranging changes to how it measures the economy. The ONS is likely to include research and development spending in investment, boosting the expenditure measure of GDP. On the income side, future pensions will also be included in measures of household incomes, which will boost the saving ratio. National Income could end up 5% higher. At the same time, government debt will jump as state involvement in the likes of National Rail and RBS are reassessed.

But neither today’s new data nor the reclassification of existing activities change the fundamental picture. Seven years after the onset of the financial crisis, the UK has still not made up anything like the potential ground it lost during the recession. And – although the levels of saving and investment will be restated at higher thresholds – the same pre-crisis trends seem to persist now.

For instance, despite some evidence that a ‘stroll’ of the makers is now underway, the UK’s current account deficit – essentially, our financial account with the rest of the world – is still significantly in deficit. Whatever government efforts there actually were to rebalance the economy towards investment and trade have failed, and will continue to for as long as we buy more from overseas than we sell there.

Similarly, recent growth rates have been around normal, rather than punchy. Trend GDP growth in the UK was about 0.7% a quarter before the crisis, pretty much in line with average growth over the past three quarters. And the economy has only had one quarter of growth in excess of 1% – closer to the threshold for ‘punchy’ growth – since the coalition came to power. Meanwhile, there is scant sign of any efforts to tackle the rampant inequality that has become especially apparent since crisis broke. The top 1% look set to continue to enjoy the fruits of future growth, with everyone else lagging behind.

I am glad that growth is back, and that the economy is expanding at a healthy – but still not strong – pace. But, in many ways, the new normal in the UK looks a lot like the old one. 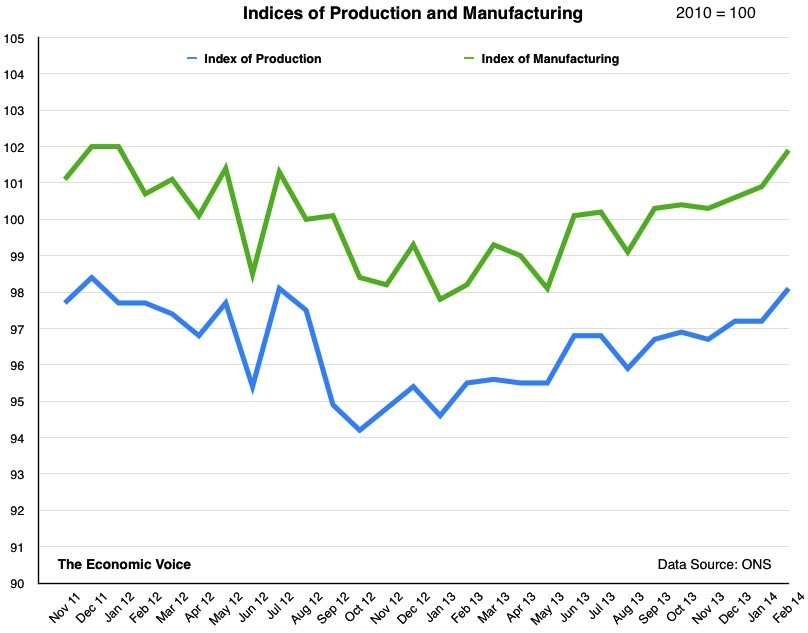