The Older You Get, The Bluer You Get

According to a recent Yougov poll, the older you get the bluer you get. (Video below.)

Now, this isn’t about your mood, it’s about the colour of your politics.

Yougov interviewed 52,615 British adults on how they voted in the 2017 general election. 48,911 of those asked actually voted.

The results showed that amongst first time voters, that is those aged 18 to 19 years old, the Labour Party was forty seven points ahead, whereas with those voters over seventy years old the Conservative Party led by fifty percent. 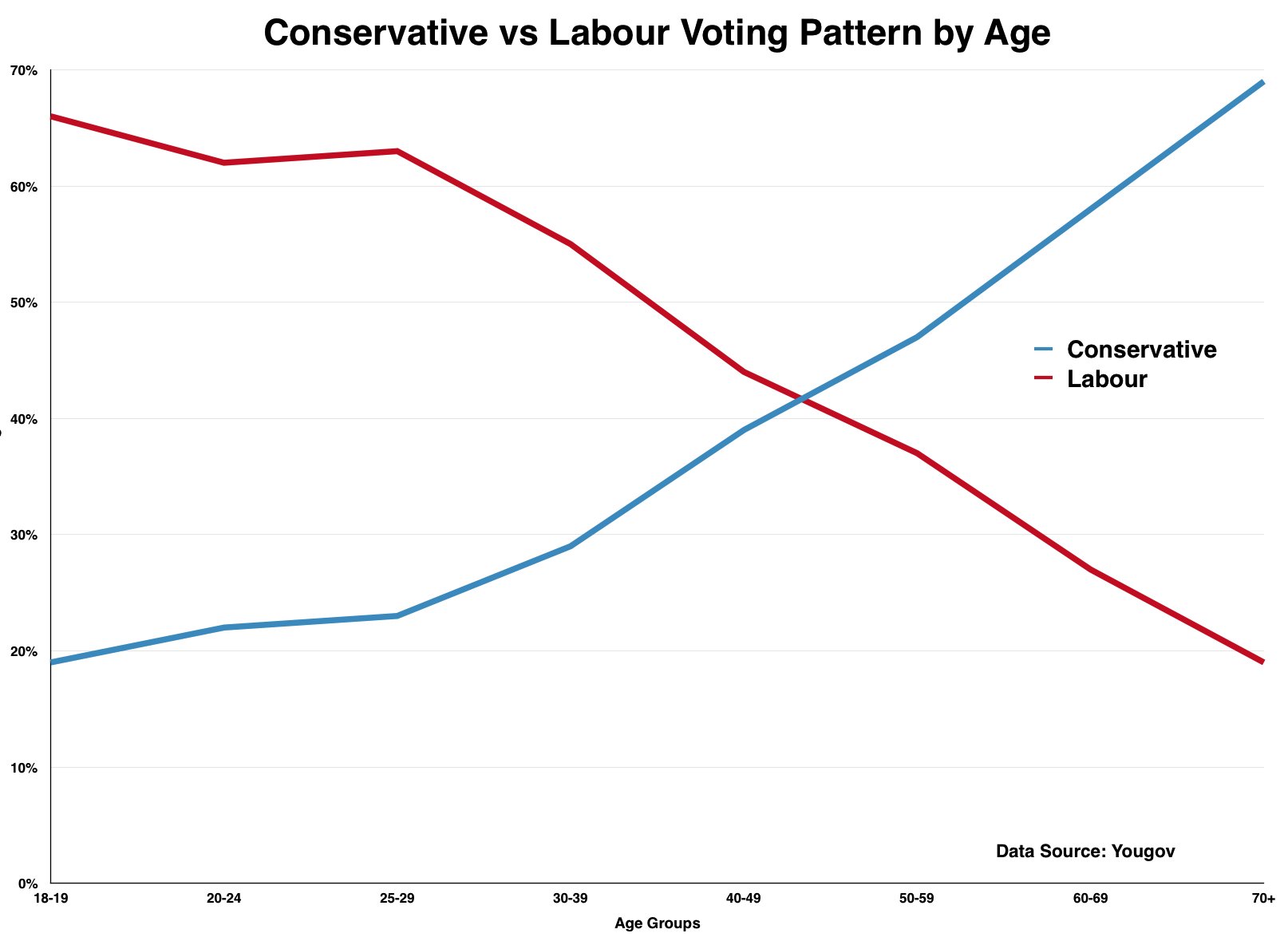 The ‘tipping point age’, the age at which they are equally likely to vote labour as Conservative, is 47. That is a large change from analysis of data prior to the election campaign when the tipping point age was just 34.

Digging deeper, the class war element seems no longer to be that much of a factor in how we vote says Yougov, but education level attained does.

“Part of this relationship is down to age “ continues Yougov “the expansion of education means that, on average, the young have more qualifications than the old, although the Conservatives still have a “graduate problem” even after accounting for this.” Yougov concluded.

Although the Yougov data points to Conservative voters being older and less educated than the so-called ’cleverer’ and younger Labour voters, there will be many who say that with age comes wisdom and that those who have gone through the socialist university brainwashing system are of course more likely to vote red.

Also, remember that this is only a snapshot taken right after the election and a week is a long time in politics.

UK riot genie out of the bottle