The one child policy and investment opportunities in China

Ending the One Child Policy is a good start, but is it enough to encourage investors to raise exposure to China?

Following news that the Chinese Communist Party’s Central Committee will introduce new reforms aimed at driving forward future growth of its economy Dean Cook, Investment Analyst at Duncan Lawrie Private Bank, discusses the potential outcome of such reform and whether or not President Xi Jinping and Premier Li Keqiang will be able to live up to their promise of reigniting the country’s growth through unleashed consumer spending.

“Reform has been at the heart of the Chinese Communist Party’s Central Committee meeting this month, its goal being to energise and engage the mass consumer buying power of its population to help drive economic growth.

“In response to the global financial crisis, China used Government loans to feed infrastructure investment, however, all signs now point to the Government focussing less on spending and more on domestic consumption to drive growth.

“The long-held misconception is that exports are the underlying force behind the Chinese economy. However net exports are actually only a small percentage of China’s GDP, sometimes as little as five per cent. For most investors, the real opportunities lie in its consumer purchasing power.

“With over 1.3 billion people and a growing middle class, foreign investors are on the edge of their seats waiting to engage with such a wide and, to date, under-exploited consumer market. But while the Chinese Government is keen to unleash this titan, before it can and before investors will be willing to commit, the Government has to resolve some deeper social issues that are preventing the country from reaching its full potential.

“One of the leading problems and the first to be tackled by the Government, is the one child policy, which was introduced in the 1970s to bring down the rapidly-growing population. With suggestions that the Chinese population will peak in the next 15 years before then steadily declining, the announcement that this policy is to be curtailed is a positive initial step for the country.

“Not only will the easing of the one child policy help deal with labour shortages, but it can also help to build a strong social security and pension system, which in turn will give Chinese consumers more confidence to spend rather than save to support themselves in an elderly age.

“Another major barrier for the Chinese Government is the ‘hukou system’, which has long been described as a form of ‘apartheid’. The system registers individuals within certain geographical locations across the country and ensures that they remain working in that area.

“Despite these restrictions, rural migrants continue to move to the cities for work. However, people who work outside this assigned geographical area do so without receiving or contributing to state services such as healthcare. 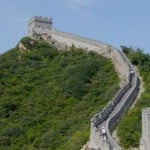 “Ending this system, could have a dramatic impact on the Chinese economy. Not only will it allow these people to participate in social programmes, but it will boost the official workforce and help deliver stronger expansion and growth to the Chinese economy.

“Finally, China needs to resolve its air pollution. Simply put, if the air is so thick and dirty that you don’t want to go outside, this impacts the levels of consumer spending. It has been reported that China does intend to invest a significant amount over the coming years to address this issue, but again, until the markets start to see more follow-through with these promises, they will be treated with caution.

“While investors may still be wary of China, there are clear signs that news of social reform is generating a great deal of interest. Over the long term, there is little question that investors should look for meaningful exposure to the Chinese domestic-consumption story. But now may not be the time.”