The Perils of Over-Trading in Spread Betting

Spread betting is highly-leveraged, so only a fraction of the sum of bets need be deposited with a spread betting company. This, unfortunately, can lead to over-trading, which is one of the most common errors of spread betting. As evidence, it was the first item in Ladbrokes's list of common spread betting mistakes by beginners and has been cited elsewhere as the greatest reason for losses in the markets. Over-trading means that you could be wiped out by a sudden, sharp downturn in the markets. You will discover more of spread betting if you visit www.cantorcapital.com/apply/demo to open a free demo account. Remember to not over-trade.

Over-trading occurs when a trader opens too many positions, which can pose cash flow difficulties in covering losing positions. If a trader enters a position too heavily, losses will multiply if the market moves in the wrong direction. Over-trading is the result of overconfidence, greed or lack of foresight. A trader might be tempted to trade purely as something to do. However, if markets are quiet, it could be the calm before the storm.

You can prevent over-trading by following a clearly-defined strategy rather than luck or instinct. If you can make as much of a return as one percent a day, you will increase your money by 33 percent a month. That is considerably more than can be expected from a bank, trading in shares, donating sperm or posing nude (the last two featured in an article in Time Out about how to make money when desperate). If you trade within your limits, you will make more in the long term. 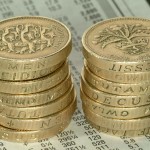 One book that should be read by anybody interested in spread betting is 'Reminiscences of a Stock Operator' by Edwin Lefevre. The book describes the trading of Jesse Livermore at the end of the 19th century and the beginning of the 20th. Livermore is widely held to be one of the greatest market speculators ever. He made and lost millions, and when he lost, it was often the product of over-trading.
The case of Nick Leeson is another salutary example. He devastated the 233 year-old Barings Investment Bank by chasing losses that led to the bank being sold to the Dutch ING Group for a pound. He initially made and concealed an error that cost a few thousand pounds, but doubled-up. He spent some time in prison in Singapore as a result.

If you wish to gauge whether someone's approach to trading is professional, any tendency to over-trade is a very distinct signal that they are not.