Today saw the Prime Minister, David Cameron, come out and say that the coalition government will save the day with ‘popular capitalism’, while the opposition leader, Ed Miliband, had earlier called for something called ‘responsible capitalism’.

But both these pronouncements by the two political leaders are based on the premise that we live in a capitalist society. And we don’t.

What we really live under is a form of ‘corporate fascism’ or ‘corporatism’; with only the chosen corporations allowed to survive and prosper.

Under a truly capitalist system for example many banks would have followed Woolworths into the business graveyard.

But they did not.

Big banks and corporations were allowed by both Labour and Conservatives to become virtual arms of the state machine and that is why they became too big to fail. Then, when the brown stuff hit the rotating air circulator, these same companies were given the full support via the unwilling taxpayer of a system that could only ensure its own survival by doing so.

The rest must face austerity and worse.

And now come the empty calls for responsible or popular capitalism; when what we really needed in the first place was a dose of real good old fashioned capitalism far before the credit crunch hit.

Wikipedia says that corporatism was first defined as far back as 1884, after a commission by Pope Leo XIII. The result – a "system of social organization that has at its base the grouping of men according to the community of their natural interests and social functions, and as true and proper organs of the state they direct and coordinate labour and capital in matters of common interest."

Let’s look at free market capitalism: “a free-price system where supply and demand are allowed to reach their point of equilibrium without intervention by the government. Productive enterprises are privately owned, and the role of the state is limited to protecting property rights.” Obviously not the case.

How about a social market economy: “a nominally free-market system where government intervention in price formation is kept to a minimum but the state provides significant social security, unemployment benefits and recognition of labour rights through national collective bargaining laws. The social market is based on private ownership of businesses.” Now that looks a lot closer to what we have in the UK doesn’t it? No reference to ‘capitalism’ though is there? And collective bargaining rights? – The government of the day now constantly rails against them in favour of corporations to keep the corporative profit machine going. 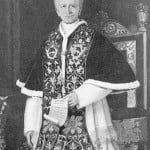 Then how about Corporate Capitalism: “a capitalist marketplace characterized by the dominance of hierarchical, bureaucratic corporations, which are legally required to pursue profit.” And guess what one of the main criticisms of this system is: “…the amount of power and influence corporations and large business interest groups have over government policy, including the policies of regulatory agencies and influencing political campaigns. Many social scientists have criticized corporations for failing to act in the interests of the people, and their existence seems to circumvent the principles of democracy,…”

In a true capitalist system everyone can vote with their money as well as a cross in a box. In a corporation led system the money is controlled by big boys and votes matter little. I will leave it to your judgement as to where you think the UK system lies and which system Cameron and Miliband et al are really trying to defend.

But the real question for everyone who lives within this system is ….. “what are you going to do about it?”

Petrol expected to hit Â£5 a gallon by Christmas