A new documentary film follows investigators from the Environmental Investigation Agency on a dangerous mission to uncover the stages of the illicit timber trade in Vietnam and Laos.

The EIA had already exposed the sheer scale of the illicit logging trade between Laos and Vietnam, which causes so much environmental damage, back in 2007 but after hearing of convoys of log laden trucks across the border in 2010 decided to go in again.

Their two week journey started in October 2010 (eia-international.org/timber-smuggling-from-laos-to-vietnam-in-a-military-style) with a series of meetings in Ho Chi Minh City, where EIA investigators posed as wood-buyers, to assess the volume of the trade.

With the film crew well in the background the trail pointed to the small Vietnamese coastal city of Quy Nhon as the centre of operations. This is the place where the last EIA investigations had led to the exposure of those involved. For the investigating team to go back would be dangerous to say the least.

Crossroads from EIA on Vimeo. 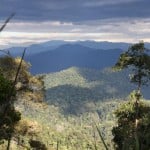 But back they went and, on visiting the port, found that most of the timber there was owned by the Vietnamese military. They then followed the logging trade back towards the Laos border crossing at Bo Y and, the closer they got, the more logging lorries they encountered.

Although for personal safety reasons they had to hide the cameras away during the border crossing phase, once into Laos they could establish the sheer scale of the ongoing illegal timber trade, which is doing so much environmental damage.

Once in Laos, the atmosphere became more relaxed. We were able to film openly in conjunction with the camera crew, and were lucky in having two excellent drivers. We spent three days travelling around the southern Laos province of Attapeu, gathering increasing evidence of the scale of logging by Vietnamese firms, including the military, and the impact this was having on the Lao forests. 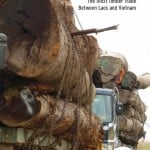 Although there is a log export ban in Laos this illegal trade is feeding the Central and North Vietnamese furniture factories.

Vietnam is fast becoming a major player in the global timber industry but, with little of its own forest left, it is largely dependent on importing raw materials. EIA suspects much of this timber is being taken illegally from neighbouring Laos, and uncovers evidence implicating the Vietnamese military as a key player.

Forget drones in our skies, driverless cars on our roads are the future of deliveries