Are central bankers winning their war on deflation?

Given the latest inflation figures, one might be inclined to think so. US inflation has climbed back above 2% year-on-year, while Eurozone inflation is picking up and will continue to do so now that German inflation is reaching 1.7% over 12 months. Even Japan is likely to see an inflationary spurt owing to the depreciation of its currency.

However, the markets do not believe that inflation is back to stay. Measured by breakeven inflation rates, their expectations suggest that inflation levels will not be rising significantly or for any length of time. Investors are assuming that the uptick will be temporary, brought on by an energy base effect (oil prices were very low a year ago, automatically making inflation higher now) and currency depreciation (through the short- and medium-term impact of imported inflation). 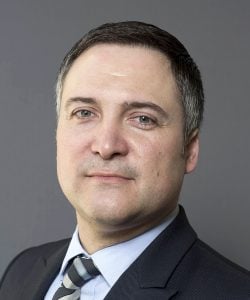 We think that the markets are being too conservative in their forecasts and may well be surprised by inflation that is higher, and above all longer-lasting, than anticipated. For example, US inflation could keep heading upwards to reach 2.8%-3% in the first quarter of 2017. The current price increase goes well beyond a simple catch-up effect linked to energy: several other categories, such as rents, are also accelerating non-stop. Above all though, with a buoyant labour market and full employment, we are now seeing clear signs of wages gathering momentum in the United States (with hourly wage growth of 2.9% over the last 12 months), which could bring about a self-sustaining rise in inflation. With its historically low unemployment rate, Germany could also experience a longer-than-expected increase in inflation.

This will not make life any easier for central bankers, however, and will mean that financial markets will pay more attention to the business cycle to identify investment opportunities. The time when bad economic news is actually good news for the financial markets, due to the promise of firmer support from central banks, is coming to an end. Higher inflation will probably limit central bankers’ ability to combat slower economic growth with lower interest rates. On the other hand, the high debt levels of economic agents will present a pitfall – one that the central banks will have to take into account when it comes to raising interest rates. Given this headache, central banks will now have to play their part ‘mezzo voce’ and let the business cycle resume its role of financial market referee.

Canada Budget 2015: Striking a Balance in an Election Year