Commenting on figures published yesterday by the Office for National Statistics (ONS), which shows that household disposable income increased for the richest fifth of households but fell for everyone else, TUC General Secretary Frances O'Grady said:

“The gap between rich and poor is growing again after a brief post-crash pause. Last year the richest households got richer, while everyone else got poorer.

“This is further proof that most people are failing to have a fair share in the benefits of recovery.

“The return of rising inequality should worry everyone as it suggests that nothing has been learned from the financial crisis despite the huge fall in living standards that so many people are still experiencing.”

The richest fifth households now earn more than £30,000 more than the average household. 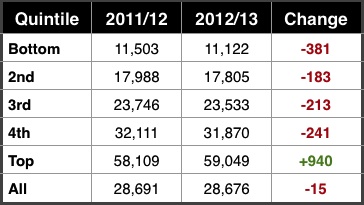 Step away from the Lego! Four reasons why ‘team building’ can damage teams