The Rise and Downfall of British Biotechnology

The ultimate fate, the downfall of this company, once a star of the biotech boom should serve as a salutary reminder and lesson: how not to get carried away by either hype or spin and instead concentrate on reality, no matter how uncomfortable or awkward it could be! Far too many people were to a certain extent overcome by excitement about the company’s potential products, which caused judgments to be clouded. Initially it all seemed so promising….

The company was striving to push one of its two main, candidate drugs, Marimastat. This compound was an orally active hydroxamate acting as a matrix metalloproteinase (MMP) inhibitor with potential antineoplastic (cancer therapy) activity. Funding was needed for the rigorous trials that were legally required to advance the drug for clinical use.

The ideal place and source seemed to be the City. In 1992 the Chief Executive Officer (CEO) of British Biotech approached the London Stock Exchange (LSE). He must have ‘sold’ the company quite persuasively, since the exchange allowed them a listing, despite the fact they weren’t making any actual profits. However the official company view was that there were genuine solid foundations to its claims.

The onus on it was to prove that the drug worked as well on patients as it appeared to have done in the lab. So the firm moved on to Phase III trials. Presumptuously it forecast sales of more than Â£1billion. The stock market responded in kind, sending the company’s share value soaring!

However there was a dampener or dark cloud on the horizon. At least one of the patients taking the drug developed serious cardiac problems. The chief clinical researcher (or scientific officer, CSO) broke the rules of bias for these trials to check whether the drug really did have these side effects. Speculation about its less than wonderful performance began to hit hard: the company was losing Â£40 million per year. Foreign investment still flowed in regardless, especially from the US.

Across the Atlantic suspicions began to stir. Wall St.’s watchdog began to investigate. The company rep underwent a severe grilling by an inquiry committee. The gap between what the ‘outside world’ and company believed was becoming too large. The CEO was furious, because in his view the clinical trial procedures, especially the data and their conclusions were being distorted.

The company tried another avenue. They had in the pipeline, Zacutex, a potential therapy for gastric diseases, pancreatitis. So they began to aggressively pursue a licence for this drug. Regulatory authorities contacted the firm, warning that they had serious doubts about its efficacy. British Biotech poured money into the clinical trials, ‘recruiting’ another 1,000 patients in the desperate hope that the next set of trial data would be a considerable improvement. The press were issued with glowing releases primarily to placate the City.

Encouraged by these seemingly favourable statements many in the ‘outside world’ believed that company could or would finally deliver on its promises of a wonder drug. Disaster struck! The regulatory authorities rejected the drug for patient use.

The CEO and board refused to concede defeat. A new explanation was needed. Excuses were sought. The main one: mismanagement of the trial data was blamed for the failure of both drugs’ launches. The Perpetual Mutual Fund who had invested Â£60 million was obviously concerned by the last two major setbacks. With neither of the supposed wonder drugs, Marimastat or Zacutex appearing to react favourably, these major problems caused a campaign to be launched by some investors to remove the top man. The City panicked with Â£100 million being wiped off the share value.

When the CEO learned of the admissions from his colleague, the CSO, the company went on the warpath. It tried to have its chief scientist declared insane Soviet style! A vicious campaign was waged to undermine him in the press. Investor confidence in British Biotech improved sufficient for them to dismiss the rebel. There was total absolute humiliation for the whistle blower. He had gambled and appeared to have lost! 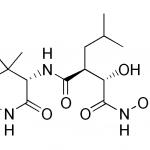 A score then had to be settled. By then the discredited ex-employee began to fight back to clear his name. He decided to use the press to his advantage. He mentioned that the company had been under investigation by US regulators. The conflict and ultimate damage caused to the company was a major business story in the UK, one of the biggest in the biotech/pharma sector during the 90s decade. Both politicians and the press turned against the pioneering entrepreneur, the company’s founding father. He finally resigned after a sustained barrage of pressure.

In 2000 both UK and US regulators censured the company for pushing misleading data. Firstly Zacutex was abandoned. Then in 2001 Marimastat was effectively abandoned after three remaining clinical trials. Due to these two high profile failures British Biotechnology was vulnerable as an independent company. In April 2003 it merged with Ribotargets. Then a second merger with Vernalis occurred in September 2003, leading to the formation of Vernalis plc. So British Biotechnology disappeared, joining such examples as: Bejam, Gateway, Rumbelows, Ketts and Fisons, to name a few. What could be learned from its fate is: style should never be allowed to overcome substance!