The rise of British cheap labour

Two stories that will warm the cockles of the hearts of the callous are the use and alleged misuse of unpaid workers for the Diamond Jubilee and the reportedly sick use of underhand tactics to rip benefits entitlements away from vulnerable people.

The first story is that of the use of volunteers to undertake stewarding roles at the Diamond Jubilee. Some volunteers had been bussed into London by a company called Close Protection UK, but due to what the company said were logistical problems the workers were left freezing under London Bridge for some hours with no place to shelter or change.

John Prescott has called for an enquiry into the affair and said that this could be the shape of things to come for workers at the Olympics.

The ‘volunteers’ were actually unpaid labour “…brought in as part of the Government's Work Programme, under which unemployed jobseekers must take up placements in order to continue receiving benefits” says the PA.

But, if they were working, where was the minimum wage for the period of what can only be temporary employment? Surely people are either on benefits or they are working?

The second concerns the report in the Guardian that Job Centre workers are targeting claimants in a way designed to trick them into losing their benefits.

This means that Job Centre employees have targets that are not looking to help people into employment but to save the government money by withdrawing their benefits. They have targets to ‘sanction’ benefits claimants.

Although the Department for Works and Pensions denies this the Guardian says that it has seen evidence in the form of e-mails and Job Centre employees’ postings on forums.

This policy will of course, as the article points out, only ever impact on the vulnerable; those with little education and dyslexia for example. And the tactics that the Guardian says are used sound more like the high pressure sales techniques used by banks to sell you as much high priced insurance as they can get away with; you know like PPI.

But the drive appears to be working as the Citizens Advice Bureau has reported a rise in the number of people who have had their benefits cut.

Those on benefits are vulnerable and should be afforded due care, not be the object of a systematic drive to save money or be used to provide unpaid labour while the company that provides them presumably profits from it.

But this could be the thin end of an ever widening wedge as the country’s EU and global economies stutter. It could also be an end result of exporting all those manufacturing jobs so that goods could be made at third world prices. Now we are witnessing the formation of our own third world labour force here in the UK amongst the poor and vulnerable. 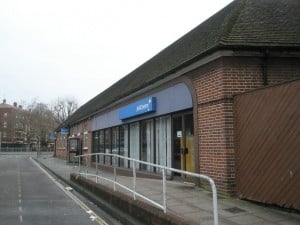 Monday's 'last chance' meeting: How a 'Grexit' could impact your wealth