The UK’s various regional airports have allowed many people to experience foreign holidays without having to travel to London to catch a flight. As with many businesses today though, the UK’s regional airports are experiencing mixed fortunes in terms of passenger numbers and profits.

However, regional airports play a key role in the UK’s overall transportation offering and are vital to local businesses and the overall health of their regional economy. Furthermore, each regional airport puts its respective city and region on the international map and acts as a gateway to its hinterland.

Some regional airports are struggling 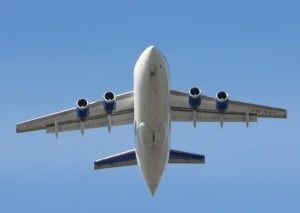 Therefore, when some of these regional airports are faced with difficulties, it can be a situation that greatly affects the local area. This recent Financial Times article highlights the plight of Blackpool airport, which has suffered years of losses and will be forced to close, unless a buyer is found.

Unfortunately, Blackpool isn’t the only regional airport that has found itself in financial difficulties and many have shut down in the years following the financial crisis. Manston airport in Kent closed its doors for the last time earlier this year in May. Bristol Filton airport closed at the end of last year and Plymouth airport ceased operating a year earlier in December 2011.

But it wasn’t always this way and even today some regional airports are enjoying more prosperous times than Blackpool.

Regional airports in the UK first began emerging in the 1960s when the economic potential of redundant RAF airbases was realised by local authorities. Since then they have soared in popularity, with some, such as Manchester airport, emerging as one of the UK’s busiest.

In fact, since Manchester airport opened back in 1962 it has enjoyed much success and so far this year its passenger numbers are up almost 7% on last year, according to its official monthly traffic statistics [1].

At the end of last month, Travel Weekly reported that Heathrow Airport Holdings is set to offload three of its regional airports – Glasgow, Aberdeen and Southampton – in a deal reportedly worth around £1 billion. This revelation will undoubtedly go some way to appease the Competition Commission and allow Heathrow to further focus on gaining government approval for a third runway.

The decision to sell these three regional airports, however, will not have been one that HAH took lightly. Combined, Glasgow, Aberdeen and Southampton made £65 million in underlying earnings last year.

Southampton airport, for example, is located in an excellent position to serve outward bound passengers from its local area and also receive international passengers flying in from Europe and further afield. The popularity of Southampton airport can be seen in the fact that budget airline operators such as Flybe, Thomson and Thomas Cook have scheduled trips to over 50 destinations worldwide to meet the demand.

Regional airports just make sense. After all, people want to be able to enjoy a holiday without having to fight through the heaving masses at London’s two main airports. Situated in areas with lower density populations, regional airports typically afford a much quieter departure experience for passengers.

However, anyone looking to maximise on their duty-free allowances may find the selection of shops at regional airports lacking. But, this will not cause a problem if catching a flight is your sole objective.

Statins may not cut risk of cancer