The recession has had a devastating effect on the economy in recent years, which has affected many business, organisations and individuals in their everyday lives. However even the recession seems to have a silver lining, as the UK’s volunteer movement has flourished as a result.

Interest in volunteering has risen most quickly among people aged 55 to 64, with a 28% rise in interest from this age group compared to previous years. Young people and recent graduates have increased their volunteer efforts by 14%, which bodes well for the future of volunteering as many young people who volunteer tend to continue throughout adulthood.

There has even been a 16% increase in volunteerism for people aged 65 and older, as they choose to volunteer to fill their time after retirement.

Research shows that as more people have found themselves out of work, many of them have taken to volunteering to help the community and to constructively fill their time.

Some of the UK’s largest volunteering organisations such as originalvolunteers.co.uk have seen the number of volunteer applications increase rapidly over the past few years.

There is a variety of people applying, among them new graduates, laid off workers in their 30’s and 40’s, as well as older people losing out on jobs within an increasingly competitive job market.

According to a survey conducted by the Institute of Volunteering Research, nearly 90% of volunteer centres in England have seen an increase in inquiries over the past six months. They also found that out of the centres polled, about three quarters reported volunteers wanted to gain experience within the volunteer sector to assist their job search. YouthNet says applications have doubled in just one year to over 40,000 and CSV says that full time volunteers have increased by 55%. 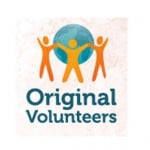 At first glance, volunteering may appear to be for altruistic people. However, Volunteering England has published research claiming that the increase in volunteering is down to the recession and people seeking a route back into employment. There have been similar volunteer spikes within recent years, for instance after 2004 Boxing Day tsunami and even following the announcement that London will host the 2012 Olympics.

Mike Locke, director of public affairs for Volunteering England, has said that the increase we are seeing is particularly remarkable. It seems that volunteering is now a way to gain new skills, get a head start in a highly competitive job marketing and make use of time out of work.

Historically, it has been young people looking for experience in medicine, nursing or probation work. Now it is people in their 30s and 40s who have recently been made redundant looking to develop new skills or keeping their CVs up-to-date.

Mike Lock says: “Volunteering England says it is too early to provide figures for the actual number of people doing voluntary work since the start of the recession. However, it is evident that there has been an increase due to various factors, which bodes particularly well for future volunteerism and non profit organisations in general.”

A glimpse of British homes through the decades