The Road to a Sustainable Growth: Financial Predictions 2014

• UK growth is likely to return to pre-crisis levels, but recovery cannot be sustained without SMEs

With all signs pointing to 2014 being the year in which financial indicators start to return to pre-crisis levels, small business finance expert, TradeRiver, gives its outlook for 2014 and the importance of ensuring that small business and export growth remain top of the agenda if the country is to succeed in ensuring sustained economic success.

Richard Fossett, Chief Executive, TradeRiver, said: "According to a number of recently published reports, the UK's economic output is expected to surpass pre-crisis levels before the end of next year [2014]. In addition GDP is likely to outstrip growth expectations leading many to see this as the beginning of the end of what has been a long and hard fought economic downturn.

"Despite this, there are still concerns that the long-term economic outlook is not as robust as these initial figures might suggest. Indeed, the fragility of the UK economy is still at question, with the recovery being driven by property and household spending rather than investment and exports.

"If consumer spending tails off then the economy could make a sharp U-turn back into the gutter and that is a risk that the country cannot afford. Consumer spending cannot prop up the economy on its own, a growth in small business and export levels is also required.

"Small businesses in this country have always been a fundamental driver of economic growth, jobs and prosperity. As such, this year needs to be the year of SMEs. It is the one area of the economy that the Government has failed to properly stimulate and one which continues to struggle in obtaining finance and the support it requires. 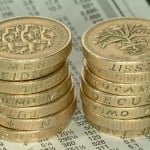 "As a result, we can expect to see a wide range of initiatives coming out of Westminster, particularly addressing the issue of SME finance. From very early on in the year the Government will try to wrap its hands firmly around small businesses in the UK in order to lift them up to the next level.

"These initiatives will focus on exploring alternative solutions such as non-bank finance to help compensate for where many of the high street banks in the UK have failed to make an impact in business lending.

"British businesses have remained determined to compete and grow in the face of difficult circumstances and, with the right support, they can develop to become the backbone of a sustained recovery that could exceed all our expectations."

"I'm a CFO and I've Been hacked": With Cybercrime on the Rise, IMA and ACCA Ask: Does Your Finance Function Have a Plan to Fail?