The roll out of the new pension freedoms is ‘chaotic’

The introduction of the new pension freedoms have been slammed by the chief executive of one of the world’s largest independent financial advisory firms as “alarmingly chaotic.”

The CEO of deVere Group, Nigel Green, is raising concerns about the implementation of the Freedom & Choice agenda, announced in Chancellor George Osborne’s 2014 Budget, in which the over 55s with defined contribution pensions will have unrestricted access to their retirement funds from April.

“The implementation of these landmark changes, which will affect the retirement choices of millions of people, and which represent the most radical pensions shake-up in decades, appears to be being rushed in a cynical attempt to woo older voters ahead of May’s General Election.” 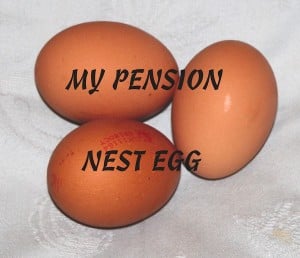 He explains: “This chaos is evidenced by the fact that only a small fraction of pension providers have confirmed that they will be in a position to offer unlimited access in April.  It is clear that many pension companies have existing systems that perhaps will struggle to cope with adapting to the new rules.

“Others, it could be argued, might have the required systems in place but will drag their feet because allowing lump sum withdrawals means a loss of business.

“And there is no legislation currently in place requiring pension providers to allow unrestricted access.”

Mr Green continues: “There are also concerns that Pension Wise, the government-backed guidance service that aims to educate savers on the changes and their impact, will not be properly staffed by the launch on 6th April.  Additionally, there are worries regarding the level of expertise of those who have been employed to handle an anticipated initial 300,000 enquiries.

“Plus there’s the concept of the service itself. A ‘one-size-fits-all’ approach to something as important as an individual’s retirement income could result in a host of serious, unintended consequences.

“Everyone has different circumstances and financial needs, wants and dreams and these cannot be appropriately addressed within non-specific guidance in a 30-minute chat.  This is why tailor-made, independent financial advice is vital – especially during these times of unprecedented change in the pensions landscape.

“Furthermore, there’s not been nearly enough public awareness campaigns regarding the implications and costs of early withdrawals of retirement funds.  Whilst 25 per cent will be tax-free in every withdrawal, the rest is subject to income tax at the individual’s highest marginal tax rate.  This means people could be hit with a tax of 45 per cent for the privilege of early access to their pension pots."

The deVere Group founder and chief executive concludes: “Clearly, there’s a lot of hard work from a lot of talented people being done, but it’s a monumental task to overhaul a complex pensions system in such a short time.”