The Russians aren't Coming & Brits are Nervous about North Africa

Spanish Costas selling out but there are late bargains in lesser-known Spain, Croatia & Greece this summer

British travellers who have yet to book their summer 2015 break should look out for unexpected late-summer bargains due to a series of global events and economic circumstance, say Deal Experts at Travelzoo.

Travelzoo works with over 2000 travel companies to source the best travel deals on the market.  Having spoken to several travel agents and companies in the UK, Travelzoo has uncovered some interesting booking patterns amongst British travellers this summer.

The combined influence of consumer concern around North African destinations following the recent attack in Tunisia, uncertainty about Greece staying in the eurozone and the plummeting value of the rouble are conspiring to make this summer an unusual one for British tourists and the travel industry alike.

"The knock-on effect of the attack in Tunisia and the lack of clarity about the future of Greece have undoubtedly had a ripple effect on the pricing and availability of holidays this year. Travel agents we have spoken to are telling us that the Spanish Costas are selling out fast for summer, as consumers changed their travel plans following recent events. Spain's already highly popular resorts have become even more desirable to British tourists this year. 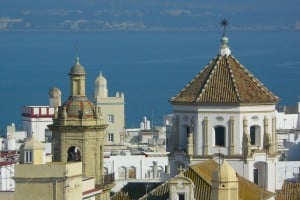 "Whilst Greece overall is not much more than 15 per cent down on bookings this year, there is no doubt that the two weeks in late June and early July when the country’s fate was unclear had an impact on bookings for late summer 2015. We're now seeing travel agents and hotels release incredible discounts for August and September. Bargain-hunters should act swiftly as prices will start to creep up. Flights to Santorini in summer 2016, for example, are treble some prices we are seeing for this August."

While the ramifications of the tragic attack in Tunisia and a possible 'Grexit' have received much media attention, less has been made of another critical factor in the pricing and availability of holidays in Europe this summer — the impact of the drop in Russian tourists.

"Russians were once famous for being some of the biggest spenders after Chinese tourists," says Hodges, "having typically flocked to the beaches of the Med in large numbers, snapping up rooms in high-end properties along the Italian Riviera and in Greece's luxury resorts.

"Summer 2015 paints a very different picture. A steep drop in oil prices has sent the rouble tumbling against the dollar and euro, raising the cost of foreign travel and cutting Russians' real wages by nearly 10 per cent compared to 2014. Luxury holidays in Europe are one of the first things that families cut back on and Travelzoo is seeing week-long 5-star holidays in Sicily and Monaco for the normal price of a weekend getaway — there's no doubt it's partially due to the falling numbers of Russian tourists."

Where can late-booking British tourists find both availability and value this summer?

If you have your heart set on Spain, consider the lesser-known gems where hotels are cheaper and have availability:

• Galicia in the north is home to the magical Cies Islands, known to locals as 'the Caribbean of Spain.' Stay in charming Vigo where hotel rooms are still available for under 100€ a night. The Galicia coastline is dotted with rugged cliffs and hidden coves, and is also where Spain's Albariño wine is made. It is also famous amongst Spaniards for having some of the best seafood in the country.

• Hikers and nature-lovers should look at the many routes trekking between France and Spain on the Camino de Santiago – a pilgrimage that stretches across 1000 kilometers and takes in some of the most breathtaking parts of Spain.

• Seville – less touristy than Madrid and Barcelona but no less pretty, Seville is typically fully booked over Easter due to its religious heritage but still has availability for summer 2015.

• Cadiz – just 1.5 hours by train from Seville and thought to be the oldest settlement in Europe, this ancient Andalusian city also has white-sand beaches but is less frequented by tourists from Northern Europe and is priced more competitively.

Other destinations with availability and deals:

• Greece – keep an eye out for deals at luxury all-inclusive resorts and hotels. For example, Travelzoo is running a 7-night deal at a 5-star property in Crete for under £500 per person

• Northern Cyprus — no pound-v-euro gain, as the Turkish Lira is the currency, but it still offers high-value holidays for less than its Southern counterpart

• Caribbean — much cheaper in August than in February/March, as it’s the hurricane season/ 'rainy season'. Don’t be too put off though as typically the worst it gets is a daily short tropical shower – worth it to get hold of a bargain late holiday. Travelzoo has a luxury all-inclusive deal for Barbados for under £1000 per person – the same deal in February/March would be approaching £2000 per person.

Find the best deals for this summer and beyond at www.travelzoo.co.uk