Written, Directed and Produced by Jonathan Cenzual Burley (The Soul of Flies, The Year and the Vineyard) The Shepherd won Best Film, Best Director and Best Actor (Miguel Martín) at Raindance Film Festival 2016, won the Grand Jury Prize for Best Film at the Latinita Festival de Cine Espanol y Latinoamericano in February 2017 and has been officially selected for many film festivals worldwide.

Starring Miguel Martín (as Anselmo), Maribel Iglesias and Alfonso Mendiguchía, The Shepherdfollows how a lonely shepherd’s home and way of life is threatened when building promoters become interested in his land.

Anselmo, a middle-aged shepherd, lives a poor but happy life in a small, run down house in the middle of the Spanish plains, near a small, but growing village. His dog Pillo and his sheep are his only company. A life bucolic enough for him to ignore the offers he receives from a construction company who wants to buy his house and land to build a new residential complex.

Conflicting against Anselmo’s unwillingness to sell is Julian and Paco’s greed, the owners of the neighbouring lands, who only answer to their own interests. A bloody metaphor of the greed that corrodes those who do not answer to reason in their quest to get what they want, and the inevitable, but violent consequences of their actions.

Director Jonathan Cenzual Burley said: “Every filmmaker wants to see their film in a cinema, it's the pinnacle of what we work for. But in the case of The Shepherd I'm extremely happy about its release because of the film's subject matter. I want to reach as many people as possible, to make this critique on greed heard, especially at the moment, where greed seems to be the driving force behind everything. I believe it’s important to stop for a second and to really think about what moral barriers we are willing to cross and to what extent we will allow people to abuse others just because they think they can.” 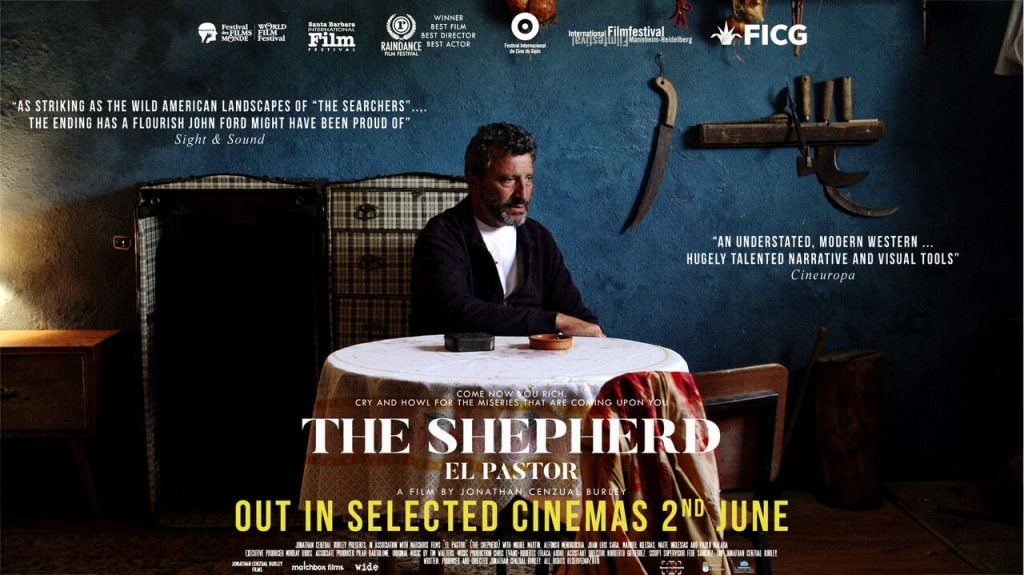