Yesterday’s big market event was the latest budget from the Spanish government, which set out its plans for fiscal policy over the next few years. With Spain still firmly in the market spotlight, despite ECB President Draghi’s efforts, Prime Minister Rajoy had to put together a package that would convince investors that his country could get its debt dynamics under control.

This meant yet another round of spending cuts and tax rises – by some accounts, the fifth in nine months – designed to cut government borrowing in order to get next year’s fiscal deficit down to just 4.5% of GDP. Spain is ramping up its sales tax in an effort to boost revenues, at the same time as cutting government spending by almost 9%. Spain will also pass more than 40 new laws designed to liberalise the economy in order to promote growth, and will establish a new independent authority to monitor and report on fiscal policy.

It is unlikely to be enough. The Spanish government has probably still been too optimistic in its assumptions about growth over the next few years, meaning that its measures will probably fall short. In truth, however, yesterday’s budget was less about actually hitting the deficit target, and more about persuading Spain’s neighbours that it is already imposing enough austerity.

The reason for this is that – if and when Spain applies for support from European rescue funds – it does not want to have further conditions imposed on it. Memories of past regimes still linger, and many Spaniards are fiercely proud and independent. But, if the latest round of measures fail to bring the deficit down on time and on target, any external support will probably come with further strings attached.

Indeed, perhaps the biggest disappointment yesterday was that the Spanish government still refused to ask for help. Under the expanded powers of the European Financial Stability Fund (and European Stability Mechanism), Spain could have applied for a precautionary credit line rather than a full bail out – the equivalent of getting an overdraft set up, ready rather than taking out a full-blown loan. The extra conditions attached to such a credit line would probably not be onerous, and Spain would not have to draw any money right away – and, more importantly, it would give President Draghi the freedom to wade into sovereign bond markets and show investors he was serious about employing the ECB’s firepower. 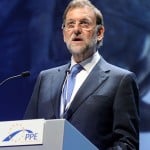 For now, the politicians seem determined to limp on at their own pace, putting their own re-election concerns ahead of what is actually best for their country and the euro area as a whole. But this situation cannot persist indefinitely. Sooner or later, the market will call Rajoy’s bluff – and then, his country might well be forced into a full bail-out package. As we have already seen elsewhere, Spain could well come to regret the stubbornness of its Prime Minister in the months ahead.

Who’s going to fight for the poor? Church or State?