Considered Intangible Cultural Heritage by UNESCO since 2010, the Spanish Riding School in Vienna continues to delight both connoisseurs and newcomers to horsemanship almost half a millennium since its foundation in 1565.

To celebrate this landmark anniversary, the Spanish Riding School of Vienna will return to the UK in November 2016 for six exclusive new shows in London and Birmingham hosted by TV presenter and British Dressage Ambassador, Nicki Chapman.

Synonymous with the Austrian capital, the Spanish Riding School in Vienna is the only institution worldwide where classical equitation in the Renaissance tradition of the haute école is still cultivated. The School is the only place in the world where these classical equestrian skills have been preserved and practiced in their original form. Many years of training fuse horse and rider into an inseparable unit. Audiences are treated to an unforgettable experience by the precision of movement of the Lipizzan horses in perfect harmony with the music. 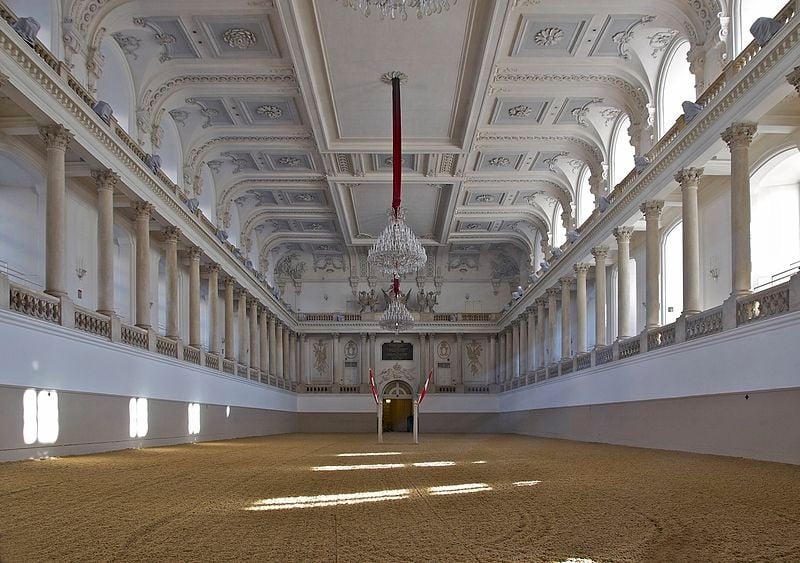 The UK shows are an impressive display classical equitation. Audiences will be mesmerised by the absolute balance and harmony achieved by these beautiful White Lipizzaner stallions and their regal riders.

All of their famous in-hand work and movements above the ground will be performed including the Capriole, an upward leap made without going forward and with a backward kick of the hind legs at the height of the leap, the Levade in which the stallion puts its entire weight on its hind legs and raises its front legs no more than 45 degrees and Courbette where the horse raises its forehand off the ground, tucks up forelegs evenly, and then jumps forward in a series of “hops"..

Nicki Chapman will be hosting the event and will be joined by special guests making this 2016 Spanish Riding School of Vienna Tour one of the most unique, exciting and captivating events of the coming year.

“The Spanish Riding School of Vienna tours are rare and exceptional.  I’m lucky enough to have been involved in the UK tours and the experience will  stay with me for the rest of my life! I’ve witnessed first hand these graceful horses thrilling crowds with their astonishing combination of elegance and power. This is an extraordinary, once in a lifetime opportunity to witness these most celebrated, world renowned horses performing in the UK during their momentous 450th anniversary.”

The Lipizzan lineage dates back to the 16th century, when it was developed exclusively by Habsburg monarchy. The breed is a cross between Spanish, Arabic and Berber horses. Estimates put the number of Lipizzaners worldwide at less than 3,000. Only 70 are trained to the demanding standards of the Spanish Riding School at any one time.The institution has been a favourite of royalty since it was set up. Our own Queen is a lifelong fan – and among the few women to have been allowed to ride one of the thoroughbreds.

Incredibly moving, highly sophisticated and full of Viennese glamour the tickets for the 250th anniversary Spanish Riding School Tour are on sale from Friday 9th October 2015.

The Game's afoot as the new Sherlock Holmes 2 trailer arrives