The Stocks That Are Most Attractive After January's Sell-Off

The theme since 2010 has been very simple: the U.S. economy is witnessing economic growth. As a result of this, the stock market increased and broke above its previous highs made in 2007. Investor optimism soared, and those who were bearish saw their stock portfolio disappear.

As the new year, 2014, began, the theme became a little more complex: the U.S. economy is going through a period of economic growth, but it's becoming questionable. The question asked by investors these days: is the U.S. economy headed for economic slowdown, and is the stock market—which has provided investors with great returns—about to see another downturn?

The economic data that suggested the U.S. economy is growing has started to suggest this may not be the case anymore. For example, after the financial crisis, the unemployment rate in the U.S. economy declined. It meant more people were getting jobs and they had money to spend—the kind of jobs created and if they made any impact is still up for debate. In December, we heard that only 75,000 jobs were added to the U.S. economy, and in January, this number was only 113,000. (Source: "The Employment Situation," Bureau of Labor Statistics, February 7, 2014.) The number of jobs added to the U.S. economy has missed the market estimate by a huge margin for two months in a row, and the growth compared to the early part of 2013 isn't very impressive.

The gross domestic product (GDP) growth rate of the U.S. economy doesn't look so impressive, either. We have created a table to show how it has been declining. Look below:

Looking closely, you'll notice the GDP growth rate in 2013 was 0.863% lower compared to 2012. Looking at the percentage change, it shows the U.S. economy's growth rate decelerated by more than 31%. This is something that shouldn't go unnoticed. 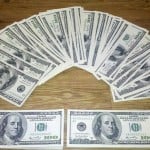 We are also seeing that consumers in the U.S. economy aren't as excited to buy. We see this phenomenon through the estimates of retail sales. The estimates for sales in the retail trade sector continue to decline—the growth expectation is 1.7%. Since July of 2013, this number has declined from 2.7%, or a decline of 100 basis points. (Source: "Same Store Sales growth down materially from early projection," FactSet, February 5, 2014.)

Will the stock market fall and the U.S. economy go into a period of economic slowdown?

If we continue to see economic data turn bleak, then it will not be surprising to see the U.S. economy face some hurdles. In the meantime, investors have to keep this in mind: since the beginning of the year, we have seen an increase in fear. Stock markets are off their highs. And this can continue until we have a clear direction.

Taking some profits and raising cash is usually a good idea in times like these. Those who are looking for opportunities, at this point, they should look at mature, dividend-paying companies like General Electric Company (NYSE/GE); the sell-off in January has made these stocks' yields look much more attractive.

This article The Stocks That Are Most Attractive After January's Sell-Off by Mohammad Zulfiqar, BA was originally published at Daily Gains Letter.

UK’s triple A rating under threat