The Super Bowl Indicator; Did the Right Team Win?

This past Sunday, the Seattle Seahawks won their first Super Bowl with a final score of 43 to 8 against the Denver Broncos. My favorite team, the Dallas Cowboys, wasn’t playing, but I still watched the game, because the ads and half-time show are always fun—plus, it can predict where the stock market is going to go for the year.

With the NFC-division Seahawks winning the Super Bowl, will the stock market increase in 2014?

Before going into further detail, you have to keep one important factor in mind: the Super Bowl indicator has failed at times.

One example of this indicator failing was in 2008. If you recall, the New York Giants—the team from the NFC—won the Super Bowl game after beating the New England Patriots, but the stock market that year had a complete fallout. Key stock indices like the S&P 500 collapsed more than 35% in 2008. 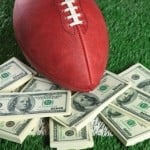 The indicator failed last year, as well, when the team from the AFC—the Baltimore Ravens—won, but the stock market had a stellar performance. The S&P 500 was up almost 30% for the year.

Having said that, here’s my take on following indicators like this one: the indicator could always fail again this year.

As we have just entered into the second month of trading, we see investors are nervous. In January, key stock indices like the S&P 500 declined about 3.5%. The Dow Jones Industrial Average witnessed a fall of more than five percent. Remember; January is usually a great month for the stock market. This year, that wasn’t the case. Just look at the nervousness of investors through the Chicago Board Options Exchange (CBOE) Market Volatility Index (VIX), also known as the “Fear Index.” As you can see in the chart below, it has increased about 65% since mid-January.

But that’s not all. We are seeing companies on the stock market are also worried. They are concerned about their corporate earnings—one of the main factors that drives the stock market higher.

We just started to hear from companies about their fourth-quarter earnings. So far, 44 companies on the S&P 500 have issued negative guidance for the first quarter of 2013. (Source: “Facebook has 2nd highest revenue growth in S&P 500 Information Technology sector,” FactSet, January 31, 2014.)

When the overall stock market looks fearful, investors should avoid making speculative bets. Instead, look to take some profits off the table if you have accumulated any; at the same time, you might want to raise some cash by selling your losing positions. If the stock market falls further, there will be opportunities. Finally, if you are investing for the long run, you shouldn’t rely much on indicators like the Super Bowl, which have no base in fundamentals.

This article The Super Bowl Indicator; Did the Right Team Win? by Mohammad Zulfiqar, BA was originally published at Daily Gains Letter.

Debt consolidation loans: the life raft for businesses sinking in a sea of debts