Lubbock County Judge Tom Head is preparing for civil war and an invasion of the USA by United Nations troops should President Obama win a second term at the upcoming elections in November.

The judge is therefore pushing for tax increases so that Lubbock County law enforcement can be beefed up should this situation come about and the population become violent.

cbslocal.com reports that Judge Head wants Lubbock County to have the resources to drive away any ‘invaders’.

“I don’t want rookies,” said the Republican judge who has responsibilities as the county’s Director of Emergency Management “I want trained, equip and seasoned veteran officers to back me.”

The Judge has also said that he will be at the forefront of the defence and was ready to meet any enemy head on. He is also said to have the backing of the county sheriff, Kelly S. Rowe.

The first public meeting about tax rises for the county was yesterday, there will be a second on 27th August.

Both Judge Head and Sheriff Rowe are elected officials for the county, wonder how the electorate feel about this? But it could be a good way of raising taxes. 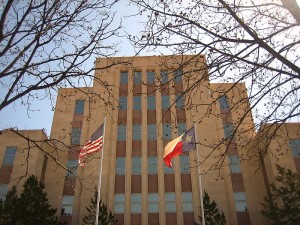