The Tories Forget Their Past

Or at least they want their past to be forgotten on the internet.

Critics have of course rounded on the Tories accusing them of trying to hide their past broken promises and Labour MP Sheila Gilmore said that, instead of mending a broken economy, they were trying to pretend it wasn’t happening. Overlooking that her own party’s website already shows none of this equivalent material in its own archives.

And then there are the inevitable parallels being drawn with the ‘1984’ rewriting of history – those who control the past control the future etc. Especially as the party has used a robots.txt file instruction to ensure spiders can’t retrieve such information (although that is in reality just a request and some spiders will ignore it). This has even affected the ‘Wayback Machine’, which keeps an archive of site snapshots (albeit not anywhere near a complete record).

But let’s take a step back and look at this from another viewpoint.

Political parties are there to get elected on a current manifesto. Each manifesto is drawn up before the next election. Those manifestoes are the forward looking document and supersede all the old proposals and beliefs. So only the new articles will reflect the true position of the party.

In fact on that basis it would be misleading to keep old information on a site. Remember that accusations could also be levelled that they were keeping material up there for good PR.

Consider: would it be better to:

• keep everything with some people being suspicious that it had been quietly amended anyway?

• Keep some and have people accusing you of only retaining the stuff that gave good PR?

• Ditch everything prior to the last manifesto so that no-one has any doubt where you stand as a party today?

For some things it is better maybe that the internet is allowed (or forced) to ‘forget’ just as Peter Fleishcher was reported as arguing for here. It is also worth n opting that those like businesses and newspapers are forever changing the content of their sites, why should political parties be any different, it’s their website after all. 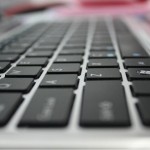 But if this is a route to be taken by the political parties then surely they should be held to account politically for what is put on their site. This should also be extended to their manifestos which, if elected should be stuck to rigorously and no additions or subtractions made without the agreement of those that put them there to follow through on their manifesto promises (i.e. the electorate). I would say that forcing through something that was not in a manifesto is as much breaking it as omitting to fight through what was promised.

At the end of the day though political parties, just like people, probably don’t want to measured using a ten or twenty year old yard-stick.