If you’re hoping to spend forty winks in Prime Central London, be prepared to spend a substantial sum to do so.

The booming luxury property markets in central areas like Mayfair, Chelsea and Knightsbridge have driven the prices of short-term rental accommodation upwards, a new report has found. Mayfair estate agents Wetherell commissioned the report, “Sleeping in London”, to evaluate and compare the costs of staying a night in five star hotel room, serviced apartment, and rented flat. The report, carried out by Dataloft in conjunction with Lonres, revealed that the rising prices of buying in the area has contributed to an increase in the cost of staying a night in it’s luxury accommodation.

Cost of a single night’s stay at record high

The price of a room for the night has rocketed to an all-time high across PCL, with the cost of a single night’s stay in a five star hotel being approximately eight times that of renting a furnished apartment. 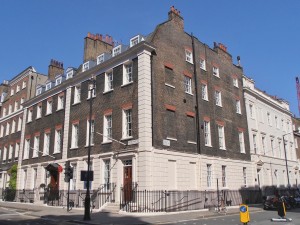 The report found the average cost to be £2,050 a night, comparable with just £248 per night in a short-term let. The cost of renting a luxurious hotel suite has also risen substantially, with Mayfair now being the city’s most expensive destination with a cost of £11,700 per night. The cost of renting a luxury suite for a year is £746,044, a sum that could elsewhere in the UK buy a semi-detached.  It is expected that as the prices of and demand for rental properties in the area continue to rise that branded private residences providing suites and apartments will expand.

The report compared average room or unit costs by price per sq ft, and luxury hotel suites were the most expensive by far at £13.83 per sq ft. Five star rooms cost £10.42 per sq ft, serviced apartments £3.49 per sq ft, and rented accommodation just £1.90 per sq ft. The number of rented apartments has risen over 25 per cent since 2009, something that can perhaps be attributed in part to the shortage of five star hotels in the area. The findings of the report highlighted a lack of luxury rooms, as only 14,900 of the area’s 129,000 hotel rooms provide five star accommodation. Those that do are located in the heart of PCL, in Whitehall/Strand, Kensington, St James, and Mayfair. Looking at the strong occupancy rates (between 78%-80% annually), it is clear to see a demand for this luxury short-term accommodation – even with the hefty price tag. In fact, PCL now leads Dubai, Paris, Munich and other worldwide destinations in terms of occupancy rates.

While the demand is there, many developers are struggling to meet it owing to the rising land costs in the area. For this reason, the private luxury rental market may be set to soar in the coming years.

Step away from the Lego! Four reasons why ‘team building’ can damage teams

UK falls on the Index of Economic Freedom