The truth about ‘vulture capitalism’

With Mitt Romney vying for the Republican presidential candidacy, scrutiny of his past work at Bain Capital has once again thrown the private equity (PE) and venture capital (VC) industry into the spotlight. In the UK, the 2007 Treasury Committee hearings and the collapse of Southern Cross last year had a similar impact. But all too often the debate focuses on specific anecdotes or stories relating to individual companies, both from industry critics and PE fund managers alike. Relatively little attention is paid to the growing body of empirical and academic evidence that is out there, and what it says about the private equity industry.

Perhaps the most contentious topic for PE is jobs. Critics claim that PE managers destroy jobs, while advocates cite examples of companies where employment grew substantially. The truth is that, in terms of academic and empirical evidence, the impact of PE on employment is broadly neutral. Private equity does not create jobs any more than any other corporate ownership model; but neither does it destroy them.

This result probably reflects the fact that the underlying situation of each company matters. A business that is experiencing strong organic sales growth will probably add jobs. A ‘buy-and-build’, where PE backing helps a company to acquire competitors and other firms, will probably result in job losses in the short term, just as with other mergers and acquisitions where duplicate jobs are eliminated (e.g. HR, procurement). Over the long term, we might expect successful buy-and-builds to add jobs. In the case of a true turnaround investment, where a company is rescued from administration, there will probably have to be job losses – but we could regard the surviving employees as ‘jobs saved’, given the alternative.

In all three instances – organic growth, buy-and-build and turnaround – the eventual employment outcome would probably be the same, regardless of PE backing. If anything, private equity might act as an accelerant, leading to greater employment volatility. But, fundamentally, the evidence suggests that the impact of PE on jobs is broadly neutral. Even VC firms need to be careful when making claims here – as Brent Hoberman has pointed out, the net impact of lastminute.com on jobs was far less than the 2,000 people the company employed, because hundreds of other people lost their jobs at travel agents. Any truly disruptive business or technology will lead to losers as well as winners, at least in the short term.

While PE is broadly neutral for jobs, there is evidence to show that it can boost investment and productivity at investee companies, while at the same time lowering real wages. This does not mean that PE investors enforce wage cuts – instead, that the relationship between selling prices and wages changes. Overall, this entire body of evidence leads to one unambiguous effect: PE squeezes the labour share. Fundamentally, the industry changes the balance of power between workers and owners.

This last result may make a few PE fund managers squirm. Given recent anti-capitalist protests, the idea that an industry favours investors rather than workers may be hard to sell. But PE should no more apologise for this than businesses should apologise for trying to make money. And the primary aim of the vast majority of the PE industry – a few socially minded funds aside – is to make money for its investors. 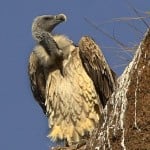 In fact, the incentive structures in the industry are set up precisely to reflect this. PE fund managers should only earn ‘carried interest’ – an extra entitlement for strong performance – if they invest money in the fund themselves. Provided they do so, there is then a good case for that carried interest to be taxed as capital gain rather than income (although base cost shift, which can dramatically lower CGT bills, will probably look and smell like a tax loophole to many people).

What about inequality? Given the well-established skew in the distribution of households’ net worth – relatively few very rich people have an awful lot of money – the squeeze in the labour share that results from PE is likely to favour the rich. In addition, the pension funds and family offices that PE managers raise money from are more likely to represent the relatively well off rather than ordinary workers. We know that many low-paid workers do not have pension schemes at all or only basic schemes that invest in public equities and bonds. More independent research is needed here, but my suspicion is that richer households are far more likely to have direct or indirect access to PE funds. The solution, though, is simple – if PE funds do generate good returns, we just need to make sure that everyone can invest in them and share in their success.

Overall, the industry does not deserve the ‘vulture capitalism’ label. Private equity can play an important role in letting capital flow to the best opportunities in the economy. Ultimately, an uncompetitive firm will face one of three fates: it will go bust; it will get bailed out; or it will turn itself around and become competitive – and PE can help. At the same time, it is important to recognise that individual investments and relationships can and do sometimes go wrong; PE managers are definitely not the masters of the universe. Both industry critics and cheerleaders alike need to be more considered in their proclamations.