The claims that the referendum over Scottish independence is a matter only for those that live in Scotland have now become a nonsense.

Where, just a few weeks ago, we had the expectation that those over the age of 16 that lived in Scotland would vote without it overly affecting the rest of us, we are now faced with massive constitutional change whichever way they vote.

Whatever the outcome approximately half of the population of Scotland will feel permanently disenfranchised.  A ‘No’ Vote will have the Yeses complaining about dirty last minute tricks followed by demands of a rerun. A ‘Yes’ vote will have the Noes believing they are destined to be forever trapped in a foreign country. In any other election, when you can change things after 5 or so years, it would not overly matter, but this time it will be permanent. Either way not easy to smooth over.

Up until now that may arguably have been Scotland’s concern alone. But yesterday the three Lib/Lab/Con leaders decided tho throw the hand grenade of a last minute Devo Max deal into the pot, arrogantly forgetting that they are making Scotland a sort of ‘first amongst equals’ in their blinkered and short sighted attempts to keep the Union together.

This Devo Max offer to Scotland has angered many in the rest of the United Kingdom (rUK), especially the English, as it would give those living in Scotland far more power over their lives than those residing in the rUK would enjoy. 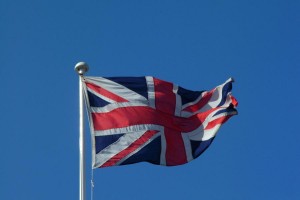 John Redwood asked the question during the leaderless PMQs yesterday saying that England needed a voice and looking at the media comments sections you can see the calls for an English parliament starting to grow. There is also the prospect of an emerging English nationalism and once that genie’s out of the bottle there’ll be no going back. Be in no doubt that these feelings, now stirred, will not go away if Scotland votes ’Yes’.

On looking back at this week’s events people will say this was when the UK started to change. Already the Lib Dem leader, Nick Clegg, has tried to bypass the English parliament concept by putting forward that old chestnut of regionalisation. Something already rejected by some, that the English may now totally balk at.

Then there’s the matter of any referendum on the subject of UK membership of the European Union. Should Scotland vote ‘No’ to independence on the promise of Devo Max it should be made absolutely clear to them that they will also be bound by the result of any EU In/Out vote. i.e. that there will be no new Scottish independence referendum if the UK votes overall to leave the EU. Or are they going to drop the choice of a referendum for the rest of us on the basis that it might upset those living in Scotland?

Scotland also needs to know that should they vote ‘No’  the whole of the UK constitution will be re-organised, not just their bit of it, which may make it a less attractive option.

Whichever way the vote next Thursday goes, each country within the UK will need to have the best possible team to represent their interests in the upcoming negotiations. We therefore need a general election as soon as possible after the referendum so properly mandated people are elected. After all, surely it is better to get that over and done with now rather than waiting until we’re halfway through the talks in 2015 only to see everything change – if we’re going to have a general election let’s have it early. It would also be a lot better than watching those that got us into this mess just carry on regardless, especially if they bamboozle us into extending the current coalition government for a year.