In some remarks delivered to the C D Howe Institute, Toronto, Canada, on 4 November 2013, Chris Salmon, Executive Director for Banking Services and Chief Cashier, outlines a number of changes that have occurred in the UK payments system – as well as priorities for future reform – as the Bank works to further strengthen this critical infrastructure.

Chris Salmon begins by noting that while payments systems performed well during the crisis, some of the lessons derived from the crisis have prompted the Bank to address a number of credit, liquidity and operational risk issues within our core systems with more vigour than previously, and have shaped much of our recent work programme.

Concerns about tail risks and contagion have initiated changes in both the wholesale and retail spheres. On the wholesale side, the Bank has been focusing on reducing the tiering of CHAPS to reduce intraday credit and liquidity exposures. On the retail side, the focus has been on reducing contagion risk by moving to a process which ensures members of BACS and Faster Payments fully collateralise their obligations in advance with the Bank to ensure those obligations are covered in the event of default. Separately, but driven by the same philosophy, Chris Salmon explains that the Bank has sought to reduce the operational risks that the Bank itself runs as the core infrastructure provider within the sterling system. SWIFT is developing a product known as the Market Infrastructure Resiliency Service (MIRS) that will act as a virtual third site for RTGS on an independent IT platform. MIRS will be available from January 2014, and we will be the first central bank to take advantage of it.

In terms of on-going and future priorities, Chris Salmon mentions the further work being done on ensuring continuity of access to payment services for banks that are in recovery or resolution. Looking forward, Chris Salmon outlines three issues around the core payments systems that the Bank is beginning to look at. One relating to risk, specifically cyber risk; one about infrastructure provision, in terms of reviewing the operating hours of the UK’s RTGS system; and one in the field of regulation, which is focused on the changing regulatory landscape for payments in the United Kingdom. 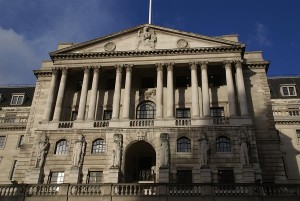