This is the 21st century and the UK is a member of a huge European club attempting to pool the resources of half a billion people for the benefit of all, or so goes the spiel.

The UK also throws away a staggering three million tonnes of food every year.

But according to the Red Cross 5.8 million people across the country are struggling to afford those everyday necessities like food. Now there's the added hardship of rising fuel costs making the 'heat or eat' choice even more stark for many.

Because of that the charity is getting together with FareShare next month to put volunteers outside Tescos over the three days of 29th November to the 1st of December to ask shoppers to donate food for those that need it.

It is hoped that they will collect enough food to feed some 130,000 people through such channels as food banks.

But it's wider than just the UK, the International Federation of Red Cross and Red Crescent Societies says that the European economic crisis has left a legacy of poverty across the continent. As an example they say that in France another 350,000 people have fallen into poverty since 2009.

You would not believe that if you listened to all those politicians or watched the recent fortunes changing hands for footballers would you?

“Europe is facing its worst humanitarian crisis in six decades,” says IFRC Secretary General Bekele Geleta. “People’s lives have been thrown into turmoil and there seems to be a gradual degradation, with millions existing on a day-to-day basis, with no savings and no buffer to withstand any unforeseen expenses.”

There has been a gradual 'economic degradation' noted by many Red Cross and Red Crescent societies in Europe and a mapping exercise was carried out in 2013 to evaluate national Societies' responses to this crisis.

They reported '…. an increasing number of ‘working poor’ – people who have some income, but struggle to make ends meet. People who are left with no choice but to ask for support to pay their bills, to avoid having their utilities cut off, or worse, to avoid being evicted because they cannot pay their rent or mortgage. At the same time, those who were already poor have found that with increasing poverty, the way back into mainstream society has become more difficult.' And, says IFRC Secretary General Bekele Geleta, 'Whereas we fully understand that governments need to save money, we strongly advise against indiscriminate cuts in public health and social welfare as it may cost more in the long run'.

The domestic and European governing institutions have done a marvellous job of keeping banks, big business and the extremely wealthy happy and well supported, now what about those right at the bottom? Or are they consigned to food bank queues for ever more? 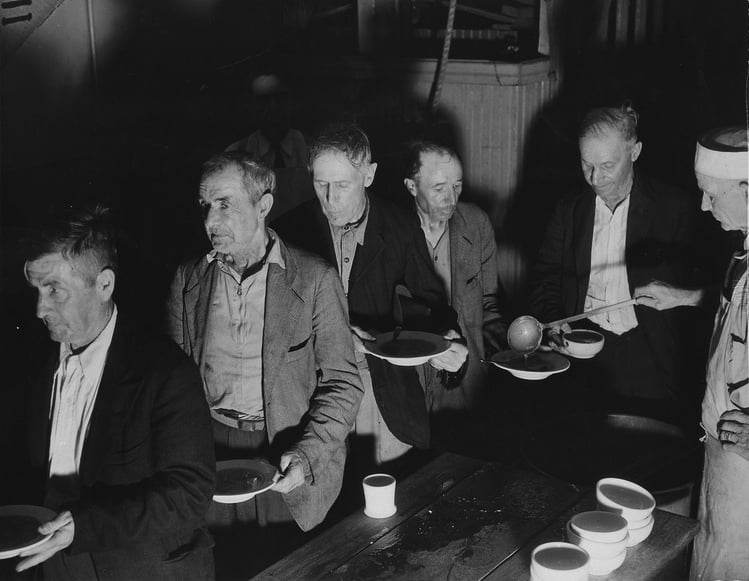 How would a vote for ‘Brexit’ affect the UK stock market?