The unchanging appeal of holidays to Turkey

Turkey offers a fusion of many things: Mediterranean resorts and remote rural idylls, visions of the East contrasting with a modern, Western culture, and a history spanning several of the world's major civilisations. In a country promising so much, it may difficult to know where to begin your holidays to Turkey, but here are some ideas of where to go and what to do while you're here. 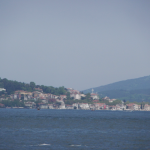 Istanbul has been making the international news over the past weeks because of anti-government riots in Taksim Square, though this is not affecting the holiday trade as feared. Protests have been concentrated in certain areas and much of the tourist attractions in this iconic city are found a good distance away from this neighbourhood.

Certainly, the domes of the Hagia Sophia and the Blue Mosque remain unchanged in their beauty, the Grand Bazaar bustles on as usual and visitors are still skimming along the Bosphorus and soaking up the atmosphere of the tea-houses under Galata Bridge.

But of course, Turkey is about so much more than its cities and beach resorts (www.goturkey.com): consider quiet fishing villages like Dalyan which will seem like a whole world away, though still along the popular south-west coast. Here, you'll find traditional mud-baths to indulge in, sea-turtles to spot and some of the most mouth-watering – and affordable – adana kebabs you could wish for.

Then there are the ancient sites at places like Ephesus and the world-famous Troy in the north; completely untouched by modern life. The ruins of this Aegean town were occupied throughout the Hellenistic, Roman and Byzantine periods and offer a fascinating opportunity to walk in these illustrious footsteps.

If discovering rural Turkey is more your thing, South Central Anatolia promises both unreal, rocky landscapes and inland lakes. The village of Egirdir lies between the dramatic silhouettes of the Toros mountains and the startlingly blue Egirdir Lake, where you can stay one of the low-cost 'panysions', taste the local freshwater catch or set out on the historic St Paul Trail.

Turkey's appeal isn't difficult to understand, whether you're drinking in a sunset behind a dome-and-steeple skyline, swimming in the waters of the Southern Med, or just enjoying a strong coffee and a sweet baklava. And with the temperatures staying high until December in some places, it's perfect for grabbing those off-peak holiday deals.

Bridgestone Advice For Driving Safely Into The Summer Holidays