The “Vanishing” First-Time Home Buyer; What It Means for the US Housing Market

Ah, the U.S. housing market, the so-called silver lining in the U.S. recovery—but not for long, as it may be rusting. The U.S. housing numbers are in, and they aren’t spectacular.

The December existing-home U.S. housing market sales of 4.87 million are also 0.6% below the 4.9-million-unit level recorded in December 2012. And sales of existing homes were down 27.9% at an annualized rate for the entire fourth quarter.

First-time home buyers—the fuel of the U.S. housing market—accounted for just 27% of all purchases in December, down from 28% in November and October and 30% in December 2012. That’s a huge drop over the 30-year average of 40% and a number real estate professionals and economists consider ideal. It is also the lowest level since the National Association of Realtors began tracking this metric in 2008.

First-time home buyers, who tend to purchase lower-priced homes, are being pushed out of the U.S. housing market recovery by all-cash sales. All-cash sales accounted for a whopping 42.1% of all U.S. residential sales in December, up from 38.1% in November and 18.0% in December 2012. (Source: “Short Sales and Foreclosure Sales Combined Accounted for 16 percent of U.S. Residential Sales in 2013,” RealtyTrac web site, January 22, 2014.)

That represents an eight-percent month-over-month increase in all-cash sales and a 57% increase year-year-year. It’s not unfathomable to consider that soon, more than half of all existing-home sales in the U.S. will be in the hands of “flippers” (those who buy homes to renovate them and sell them for a profit). 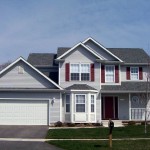 Institutional investors—those who purchase at least 10 properties a year—made up 7.9% of all U.S. residential sales in December, up from 7.2% in November and 7.8% in December.

While all eyes will be on the Federal Reserve later this month to see if it tapers its monetary policy further, negative economic indicators, such as a weak housing market and high unemployment, point to a long-term low interest rate environment. This has the added benefit of meaning that well-heeled Americans can further monopolize the U.S. housing market. It’s kind of an economic catch-22 that benefits the wealthy.

This article The “Vanishing” First-Time Home Buyer; What It Means for the Housing Market was originally published at Daily Gains Letter.