Following the acquisition of the major shareholding in Wombles Copyright Holdings, Dramatico Entertainment announce their plans for the administration of the rights in this iconic brand.

With the controlling stake in the core rights now under one roof, for the first time in The Wombles’ history, Dramatico’s chairman Mike Batt now plans a “holistic, multi-platform re-launch”. Dramatico have appointed Genevieve Dexter of Serious Lunch as co-executive producer with Mike Batt. Dexter’s role will include a raise of Â£5 million to fund a variety of media and to source UK and international partners for the exploitation of the rights.

“Many people have attempted to bring back classic properties, and failed. What sets The Wombles apart is that they were ahead of their time, as the first recycling enthusiasts and with the extra dimension of the band which brought them to a family arena. The rights have now been regrouped and adapted for 21st century tastes and media consumption, although the relevance of the original themes holds strong and the messages therein are perhaps even more widely accepted today.” says Dexter. 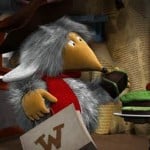 Dramatico Animation Ltd will be creating a series of 52 x 11 minute episodes for Channel 5’s Milkshake slot set for TX in 2015. Batt confirms that the new TV series will be CGI saying “it will look more like stop motion but with great fur. We believe that there are audiences of new children and international audiences who missed The Wombles the first time around and will be thrilled to see the brilliant high quality animation and new musical productions we shall be mounting.” The animation test will be available to view at MIPJunior in Cannes in October 2013.

With comedy, creativity and community at the heart of the brand, the multi-platform launch will include:

* The Wombles pop group tour to be announced

A bumper year for Britannia