The World Will Not End on Sunday

There is due to be a ‘supermoon’ looking down on us this Sunday, which some religious groups view as a sign of our ‘judgement day’ and the end of times.

The Express gives us the lowdown on how these rare cycles of our closest heavenly body can cause greater than usual movements in tides and movements of the earth’s crust as the moon, following its unique orbit, edges closer to us for a short period before moving away again.

Hhere is also reference to Biblical warnings in certain books of the Bible, like:

Joel 2:10 – ‘Before them the earth quakes, the heavens tremble, the sun and the moon grow dark and the stars lose their brightness.’

Acts 2:20 – ‘The sun will be turned into darkness and the moon into blood before the great and glorious day of the Lord shall come.’ 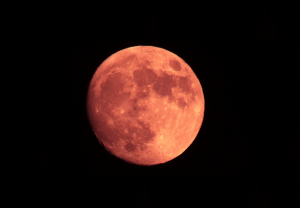 Revelation 6:12 – ‘I looked when He broke the sixth seal, and there was a great earthquake; and the sun became black as sackcloth made of hair, and the whole moon became like blood.’

Looks like a busy Sunday coming up then, especially as the latest weather report shows the remnants of Hurricane Bertha bearing down on the British Isles.

But as pointed out in the Express piece by astronomer Tom Kerss, there have already been three of these this year with no ill effects to our survival.

And why do I say that the world will definitely end on Sunday? Because not only is it good to look on the bright side of life and say the earth will endure, if you are wrong there will be no-one left around to tell you ‘I told you so …’

Is the Bundesbank printing marks in anticipation of a Euro failure?

Pay, Employment and Incomes All Fall Furthest for Young Adults