The Clean Air Gallery will be open to the public from 27 – 29 March 2017 in Brixton – an area that surpassed its annual air pollution limit 5 days into 2017.

At a time when Britain regularly breaches its legal air pollution limits, the world's first Clean Air Gallery will showcase art made out of air pollution. Tiger Beer has collaborated with Anirudh Sharma, co-founder of Graviky Labs to bring his Air-Ink™ technology to London.

Graviky's technology can capture up to 95% of carbon soot from diesel exhausts, stopping it entering the atmosphere. The captured pollution is then transformed into Air-Ink™. If, for example, Graviky's units were fitted to all 22,000 of London's iconic black cabs, the technology could provide up to 30 trillion litres of cleaner air for Londoners annually.

The Clean Air Gallery will showcase works by artists from five of the most polluted cities in the UK – London, Glasgow, Leeds, Southampton and Nottingham. Each artist will showcase art using Air-Ink™ symbolising a bright future for their cities' streets. The Air-Ink™ initiative is kicking off on the streets of London before continuing on to Berlin, New York and Singapore. 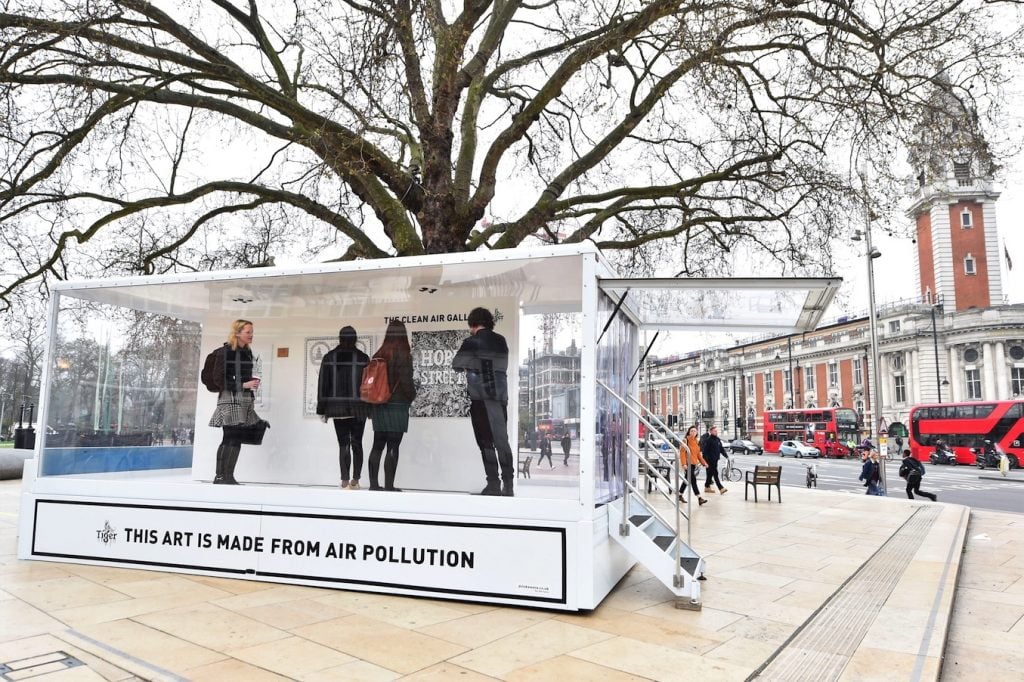 Beyond the Hype: Will 3D Printing Really Change the World?