The Year of the Horse: Does China have a good grip of the economic reins?

• Social reform will have a significant impact on the Chinese economy

With Chinese New Year celebrations about to begin this week, focus turns to the future of the world’s second largest economy. Visits to China by the British Prime Minister, the Chancellor, and the Mayor of London all suggest that the UK is ready, if not eager, to build closer ties with the country.

“The extent of China’s social reform is going to be a leading factor in identifying what investment opportunities there are in the country. As we enter the Year of the Horse, equine allusions will inevitably be drawn: will the economy fall at the next reform hurdle?

“At the Communist Party of China Party Congress in November last year, it became clear just how serious the Chinese administration is about reforming its economy and allowing it to be led by market forces rather than central government edict.

“However, as with most emerging markets, we must approach announcements about economic and social reform with a degree of caution. Given China’s size, it cannot overhaul its long-established institutions overnight. However, the Discussion Document which followed the third plenary session has set a positive tone from which real change may occur. 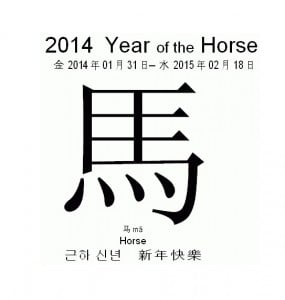 “We have already begun to see reform of the one child policy which was adopted in eastern China’s Zhejiang province this month, whereby a couple is now permitted a second child if at least one of the parents is an only child.(1) Clearly, this will take nearly two decades to have a beneficial impact on the workforce, but the direction of travel is a positive one.

“To help economic reform, we are likely to see China focus on liberalising sectors currently dominated by state-owned entities (SOEs), such as financial services, in order to stimulate private sector competition.

“Another key area of reform should be in capital markets. SOEs find it easy to borrow at artificially low rates, and so can choke private sector competition fairly easily. By liberalising interest rates and the country’s capital account, market pricing will begin to reflect economic reality.

“It is very difficult to measure the growth of a developed world economy over time, as we have seen from the numerous revisions that have been made to UK GDP data. In that respect it is surprising that China is able to report these numbers at all, given the size of its economy. Therefore the headline number – be it 7.5 per cent or even 7 per cent – is less important for companies operating in the region.

“What is of greater importance is that growth is positive, and that the backdrop of regulation is an improving one. Improving the legal framework and enforcing things like patent law will have a meaningful impact on innovation and the future growth of Chinese companies.”

“A darker side of China’s economic aspirations is its lurking undercurrent of debt. This debt was built up from the first stimulus package in 2009 following the financial crisis, and then again in 2012 when China’s economy required stimulus in the face of deteriorating growth in Europe and a slow recovery in the US.

“A recent IMF report pointed to a significant build-up of debt at the government, local, and SOE levels, which suggests a weaker fiscal position than headline government data would suggest.(2) This demonstrates that reform is very necessary and required sooner rather than later.

“Already, local government finances are coming under greater supervision and the central Government is working hard to improve oversight, including the introduction of a credit rating system for local governments.(3) However, the Chinese Government clearly recognises the challenges ahead, and will focus on growing debt at a slower rate than economic growth, in order to bring debt under control.

“Equity market valuations are historically very low, so there is an argument to suggest that the challenges above are already priced in. The Shanghai market now trades at over one standard deviation below its long-term rating, which would suggest that it is rather cheap. However there is nothing to say it can’t get cheaper.

“SOEs skew the index, with low returns on capital and an increasingly difficult future ahead of them, they are understandably cheap. Economic growth rarely correlates with investment returns, so it is important to identify areas of structural improvement where investors may benefit.

“Everything points to the fact that in the short term China needs to get its house in order. But with economic, social and legal reform on the horizon, we would hope for a more positive outturn in the longer term. In the short term, China may be slow out of the gate, but the race is long and as it starts to gather pace, it may be worth a bet on the nose.”