TheCityUK has commented on the relaunch of the Financial Services Trade & Investment Board (FSTIB), announced by Chancellor George Osborne.

Chris Cummings, Chief Executive, TheCityUK, said, “We are very pleased that the government has re-launched the Financial Services Trade & Investment Board (FSTIB) and given it a renewed mandate to boost the industry’s long-term international competitiveness.

“TheCityUK was appointed the industry representative on the Board when FSTIB was started in 2013.  Since then, the public and private sectors working together have made significant headway in delivering its key objective of promoting trade and investment in priority markets and sectors. We look forward to continuing the work of the Board alongside HMT and its new members. 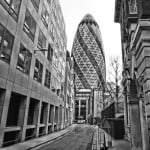